Appealing for your Assistance! 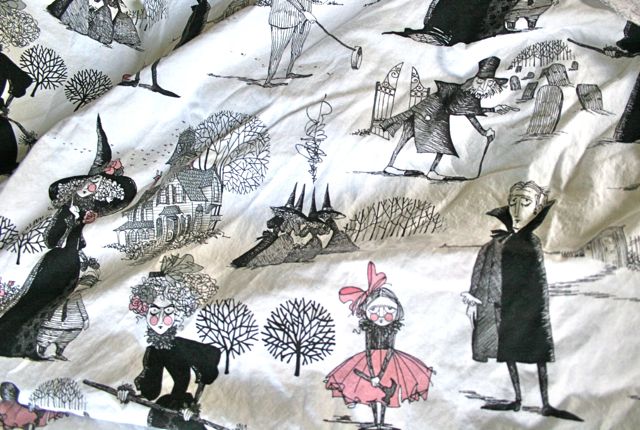 So, I bought this truly fantastic Alexander Henry print for my second child, four years old, and planned to make a pinafore for her to wear this coming week as we head into Halloween.  But the longer I look at it, the more I think maybe it doesn’t WANT to be a pinafore.  Maybe it wants to be something else.  I guess part of me is thinking about the fact that it’s a creamy white, and what on earth would I put under it in the mornings when it’s still too cool out to go sleeveless?  I have a dark top for her, but it’s long-sleeved, and it’s still in the 80s in the afternoons when she’s on the playground, so I don’t want to torture her just for the sake of a cute print.  I’m not that obsessed.  Yet.

Does it want to be a cute little empire-waisted dress with puffed sleeves and a Peter Pan collar?  That’s the other idea that’s been floating around.  I considered just a top, too, maybe a button-up blouse?  She’s got a zillion little 20-minute skirts, and I run into the same tee shirt issue there, so not sure that’s the way to go, either.  But I LOOOOVE this print and would really hate to see Halloween go by and not have made her anything with it.

Your suggestions are appreciated–I need help!!  I mean, I need help in lots of ways, but mostly on this!! 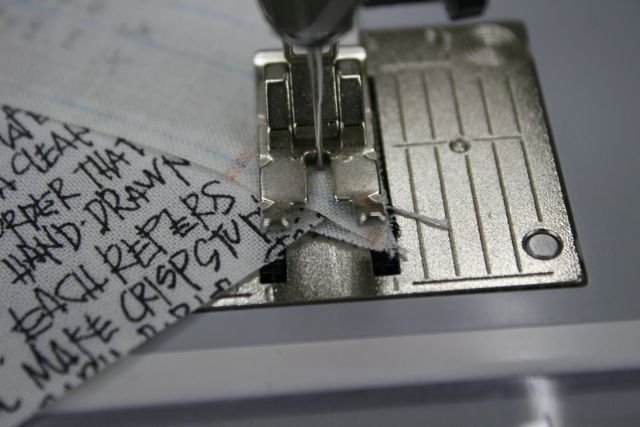 New Installment in the Become a Better Craft Teacher Series is up!