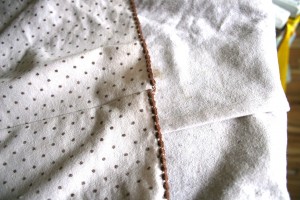 So, I’m sitting at the laptop, 20 minutes into naptime.  And our three-year-old appears, holding her woobie: Pink Blankie.  Not the most creative name, but there it is.  Except, I look closer at Pink Blankie (PB for short) and there are TWO.  Two pieces, that is.

“Honey,” I ask, “What happened to Pink Blankie?”

“Because I was being bad.”

So, that settles that.  She went back to bed with half of PB, and when she woke up, verified that I’d be able to “stick it back together.”  I promised I would, today as she went off to preschool, and thus I found myself with the tattered bits of a flannelette blanket.  A mother’s work is never done.

I considered my options: I could zigzag over the tear.  That’d be quick and easy.  But with fabric this worn and soft, I knew the stitches wouldn’t hold long.  I could run a quick straight seam, but again, they might not hold very long, and the seam allowances were sure to fray like mad.  So I decided to use a French seam, to get those seam allowances all wrapped up and out of the way.

I began with PB’s wrong sides together and ran a 1/2″ seam.  Most French seams would use a smaller seam allowance, like a 1/4″, but the condition of this fabric made me think wider was the wiser course. 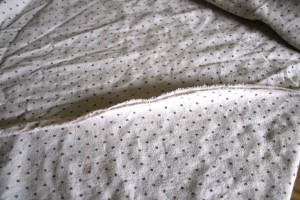 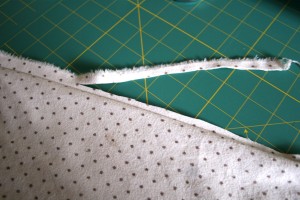 Next, I ran a second seam with right sides together, I stitched a 3/8″ seam allowance, wide enough that the 1/4″ seam allowance I just trimmed is trapped inside the new seam.  This is the key to the French seam, and the reason it’s so popular with chiffons and other fabrics that tend to ravel. 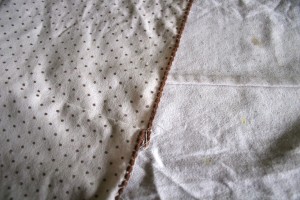 Once that was done, I didn’t like the look of the finished seam sticking up, and kinda had a feeling that Picky McNapper wouldn’t, either.  So I opted to turn my French seam into a flat fell seam. 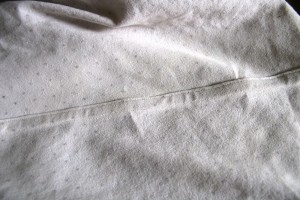 Look at the inseam of your jeans: this is a flat fell seam.  It’s incredibly strong, incredibly durable, and lies flat so lacks bulk.  Which makes it perfect for PB.  To make a flat fell seam, take your French seam, press it over on its side, and stitch very close to the finished edge.  That’s it! 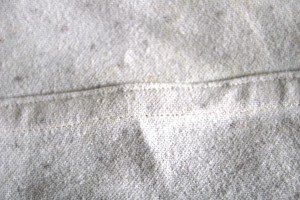 Our girl is happy now, and very, very impressed.  A little stitchery, and suddenly I’m superMom.  Another reason to love sewing. 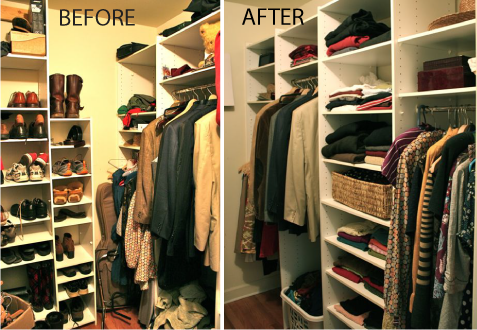 Countdown to the Holidays: New Workshops!

Series: The Anthropology of Sewing; Part I: The Craft Gap