THIS year!  Is finally The Year! 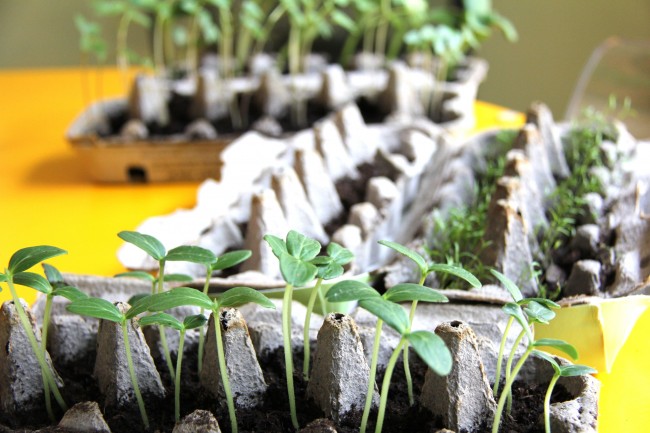 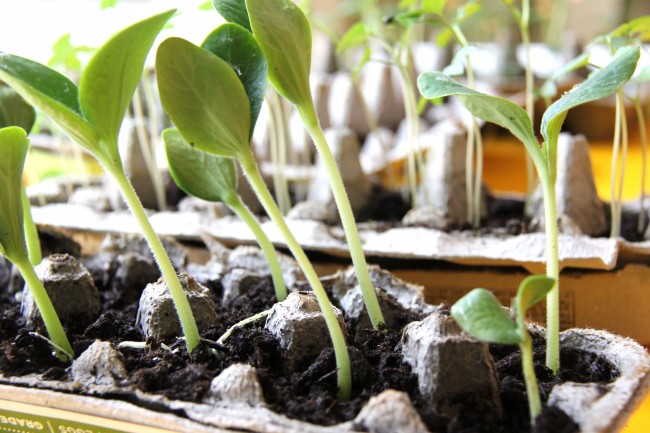 Back in graduate school, I studied prehistoric human/plant interactions, focusing on uses of the acorn as a primary food source in the ancient Southeastern United States (true story).  While I was a full-time student and had a flexible schedule, I also completed something I’d wanted to do since I was 20 years old: I became a certified Master Gardener.  What, what!  That’s right. 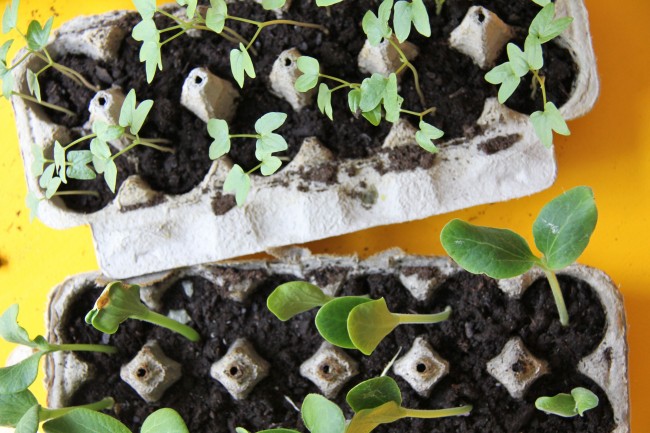 The Master Gardener program (link is for Georgia, but you can easily search the Googles for your local branch) is administered by County Extension Offices throughout the US as a FREE (it is!) program to the citizens, training them in techniques ranging from better turf building to raising vegetable crops to controlling erosion.  I will be totally up-front and admit that most of the programs in most of the counties (at least, twelve years ago, when I did the sequence) focus on conventional techniques and what I consider “lawn care.”  That’s what most folks who take the course–generally at an average age of 65–are interested in.  My suspicion (and hope) is that these agencies are now including more organic and sustainable, food-producing content in their courses, and that they’ll reach into concepts of restoration agriculture, seeking to encourage residents to plant food-bearing crops as yard plants.  We can all dream. 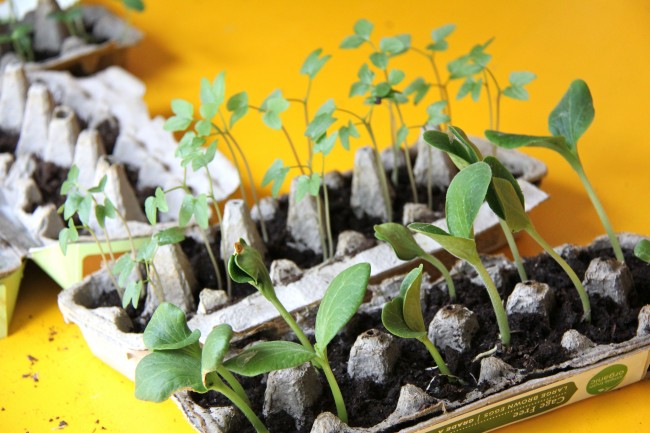 My point in sharing all this is that in all this time, since I first dug up the sandy backyard of my rental house in Florida as an undergraduate and planted squash and tomatoes, have I ever had a home where I could plant a real garden.  I’ve grown everything in containers from basil to corn (corn!! is HUGE! in a container), but this is the first house where we’ve had the space to put in a real PLOT.  I’m beside myself. 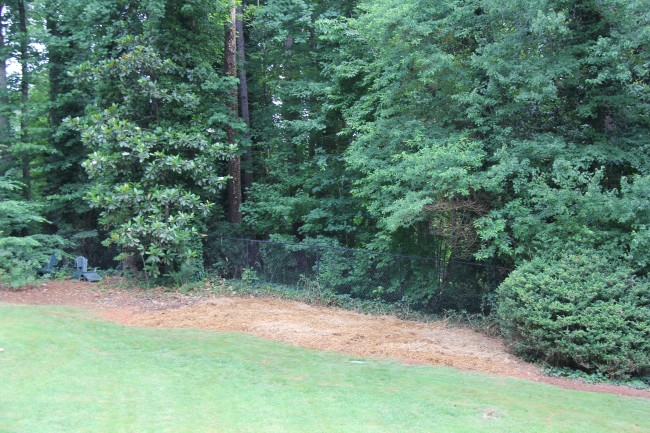 It took ages to select a location on our spot.  We have a large lot, about an acre, but it’s in an “established neighborhood,” which means the houses are older and the trees are mature.  Mature = TALL.  So our yard gets a lot of shade that moves across the landscape throughout the day.  In fact, the only spot that gets all-day sun is SMACK in the middle of the lawn, which we’d like to keep for the children to play on.  We spent a large chunk of the past three years watching sun patterns and sketching out potential sites before finally choosing to place the garden here, against our Eastern fenceline.  (I’ll share more about the sun patterns later–I took a whole series of photos during one day just to chart the shade.  Because I’m super cool like that.) 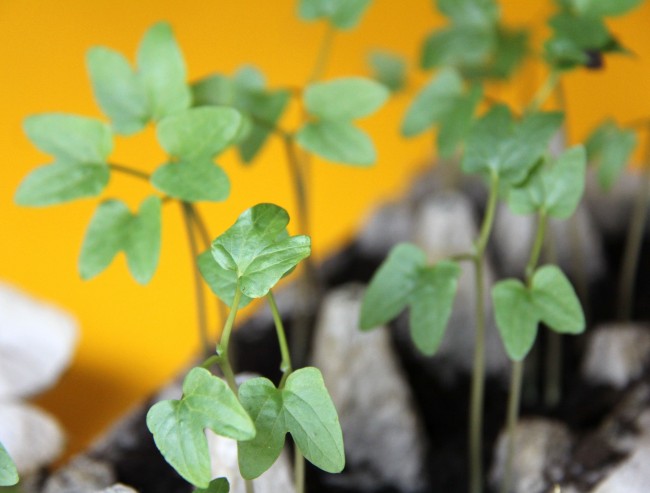 Once we’d chosen the spot, we had to move four crepe myrtles (the previous owners had an unnatural fixation with the crepe myrtle, which is a lovely tree, but really, who needs TWO DOZEN of them?) and fight back the English ivy that was largely believed in the 1960s to be a charming addition to any suburban plot but is now widely seen as an invasive perennial that harbors rats and snakes.  It’s a constant battle.  We tilled the whole plot, which measures about 8′ by 30′ or so. 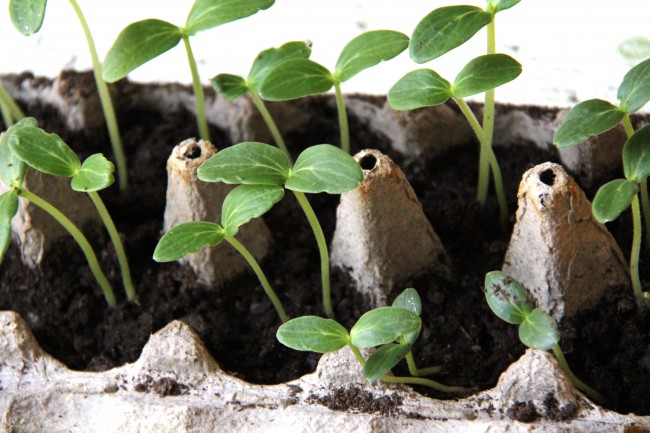 I planned to order seeds online, and had them all selected and in my shopping cart, when the kids discovered packets of organic seeds we’d purchased at the local hardware store over the winter.  So those went in egg cartons on the kitchen table to sprout.  At least half of the space we tilled will go towards pumpkins, which sprawl and take up massive amounts of room–and which we’ve never grown before, because I couldn’t quite work out how to manage them in containers.  Pumpkins!  At my HOUSE!  We’re also doing cucumbers (above), which we’ll trellis.  Fun! 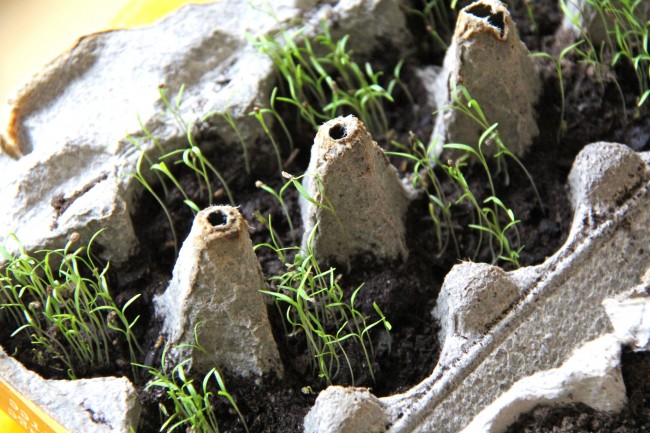 A classic to grow with children: carrots.  The youngest was in charge of sowing the seeds for these, and wanted to use ALLLL the seeds.  The concept of one seed = one plant didn’t quite register, so there will be some thinning to do here.

Along the fence, morning glories, which sprouted super quickly and made the kids really excited to see them.  They’re aggressive climbers, so maybe they’ll give that wretched ivy that keeps trying to come over from the neighbors’ yard a run for its money. 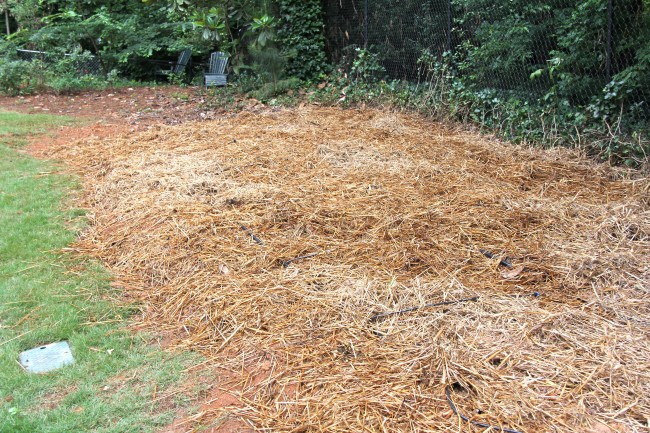 Later today, we’ll put all those sweet seedlings here, in our plot.  This has been mechanically tilled to a depth of 12″ and then mulched with a layer of straw–my husband picked up a couple of bales at the local hardware store before we hosted his birthday party last weekend, in an effort to dress up the exposed clay-filled soil and prevent it from washing away before we could get our plants in the ground.  The kids will be helping with every step along the way, and are ELATED at the idea of planting seeds and growing food.  They almost can’t believe that such tiny seeds make REAL food, so it’s an incredible chance to watch them make connections about our universe and environment and our food systems that can be built upon as they get older. 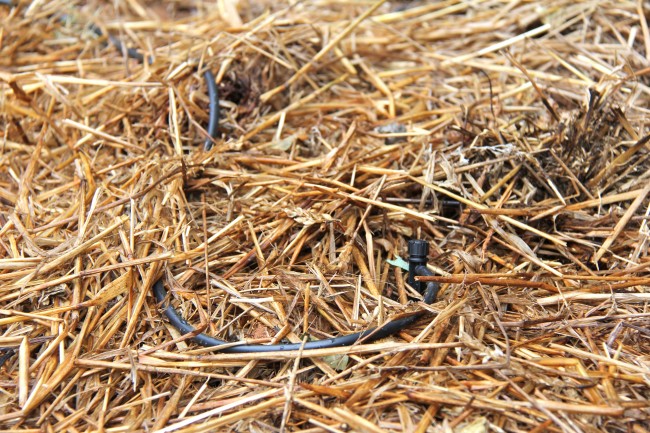 And for his birthday, I got a present!  He had a drip irrigation system installed and attached to our homes irrigation system, which means my little babies will be watered gently, at the root, with very little waste and on an automated schedule.  There’s even a water sensor that will prevent it from coming on after it rains.  Magic.  Martha would be right proud.

What is it about gardening and sewing?  I was obsessed with both while I was working on my graduate degree (and not just because I didn’t want to work on my dissertation proposal, although I’m sure that could have been a factor).  And I know a TON of folks in the online sewing community who also feel passionately about gardening.  Maybe it’s the sense that we’ve made something out of nothing, that we’ve put our fingers on something synergistic that’s greater than what we poured in when it comes out.  Maybe they both feel a little like magic, a little like a miracle.

At least, they do to me.

Join my Sewing Knits Without the Serger Master Class on BurdaStyle! 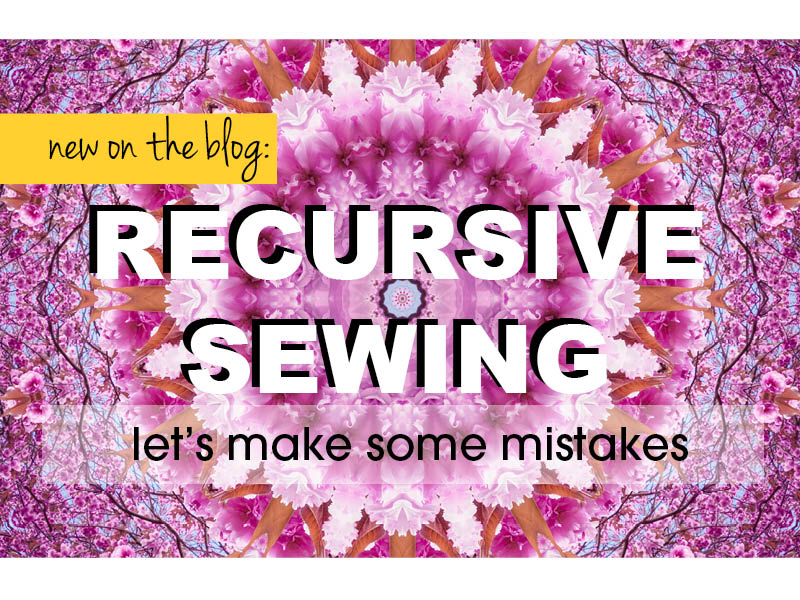