The Second Annual Whipstitch Sew A Thon was over a week ago, and I swear I’m still recovering.  It was serious fun, y’all, but it was serious sleep deprivation.  And coming from a woman with a five-month-old baby, you know that means something.

The St. Angelo’s pizza was insane (not to mention the garlic knots) and I’m pretty sure I had, like, NINE of the unreal caramel drizzle and sea salt brownies that came over from Octane. ZOMG, y’all.  While I was pigging out, the ladies kicked it into high gear and got their sew on.  Five minute breaks once an hour (except for that first hour, when I was so busy stuffing my face and chatting with Melody Miller and Rashida Coleman-Hale that I forgot–whoops!).  It had to be productive sewing, too, no stitching straight lines.  There were several quilts going, children’s clothing, baby blankets, an awesome Christmas stocking whose photo does not appear here lest its reveal be spoiled, and even some English paper piecing.

Contestants dropped each hour, some by choice (like when poor Stephanie realized that the wedding dress she was working on was for a wedding held the same weekend as the Sewing Retreat which was the grand prize for the Sew A Thon–d’oh!), some through the lightning rounds (you can see the pillowcases the contestants made for the Million Pillowcase Challenge as part of the contest, below), and some through sheer exhaustion.

In the end, after I sneaked home for my brief four hours’ sleep and our intrepid Clare held down the fort with an iron fist, there were but two ladies left: Maria and Geoginah.  Maria, whose foot was shaking every time she pressed down on her foot pedal by 9 am and Geoginah, who busted out a cummerbund project for her son about the same time.  Each and every lady who was part of this was a serious trooper, and Maria ended on a super classy high note when she conceded defeat after FOURTEEN hours of sewing.  FOURTEEN.

Next year, we’d best up the stakes.  Because these ladies came to play. 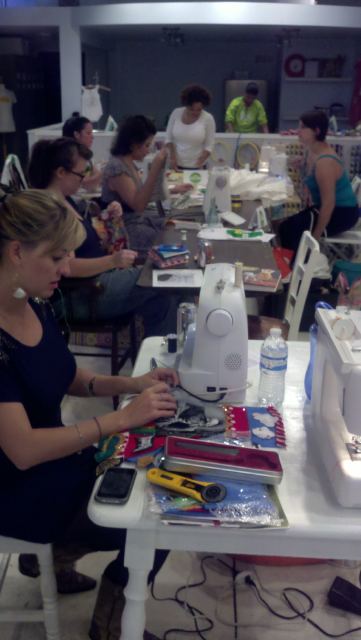 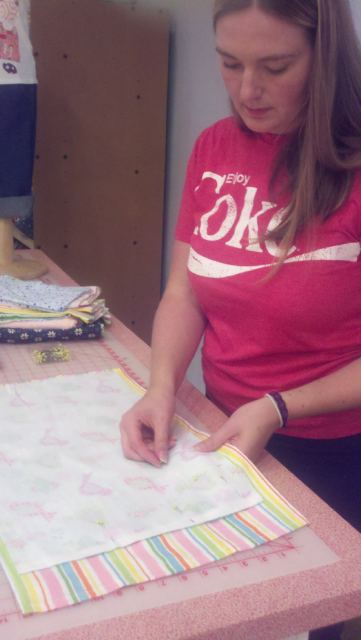 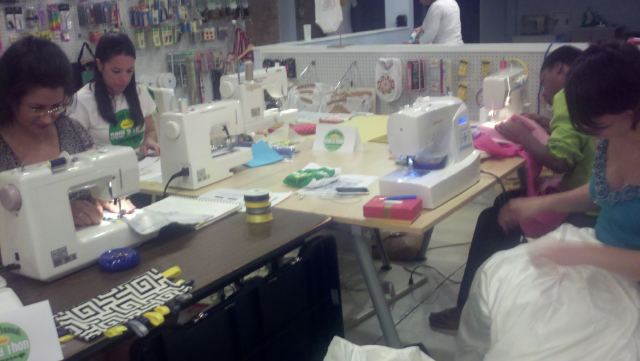 This end of the table did not take prisoners 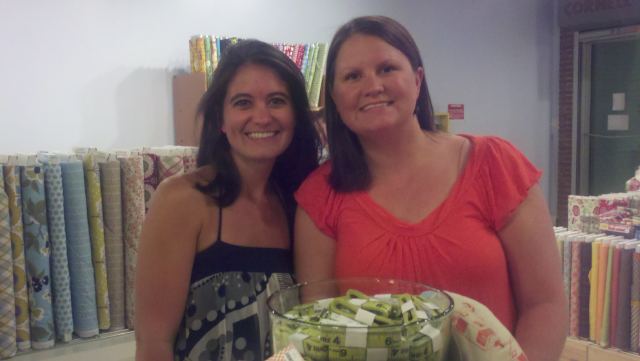 Sewing Buddies April & Camille come to ogle the contestants together! 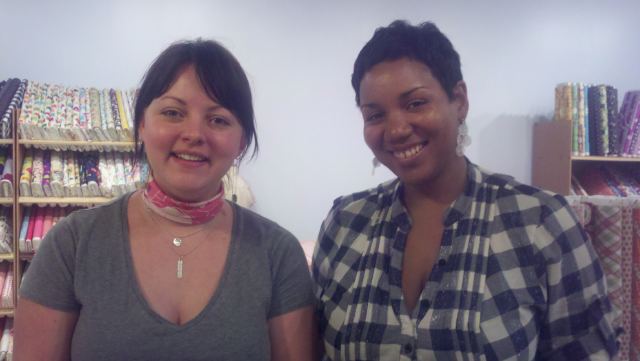 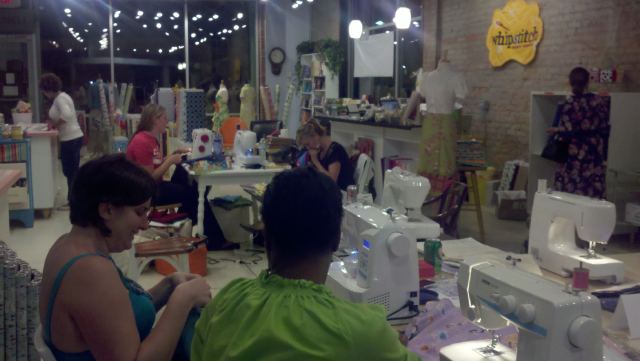 Around 11, folks were getting in their groove 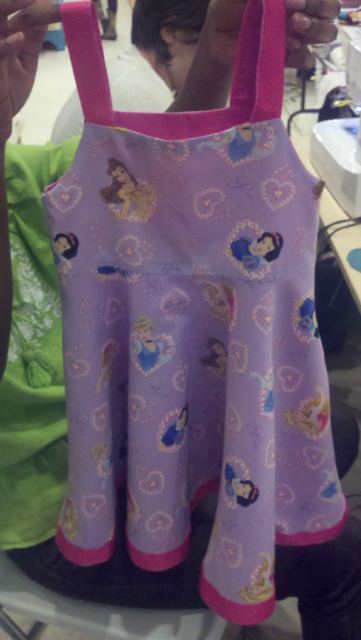 By midnight, nine projects had been completed between 12 stitchers 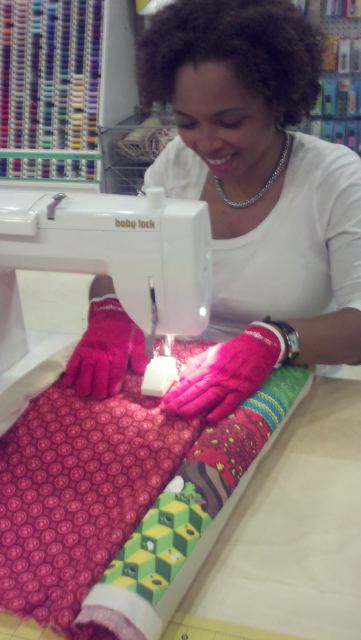 I’ve never seen such careful quilting from someone so sleepy! 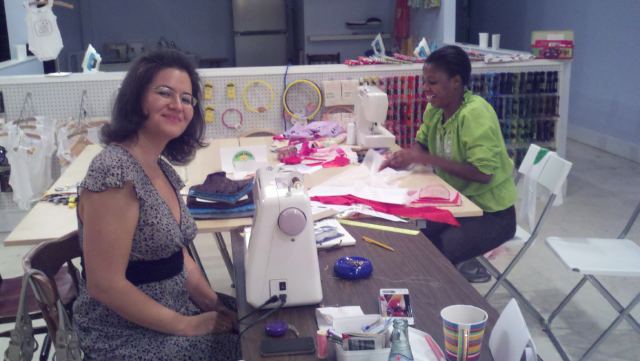 Six AM: before dawn, only two ladies remain 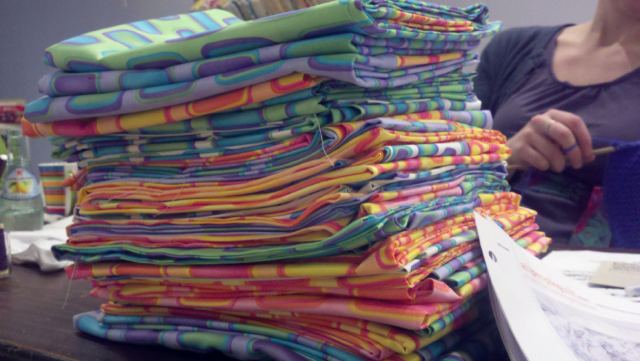 Lightning round pillowcases for the Million Pillowcase Challenge 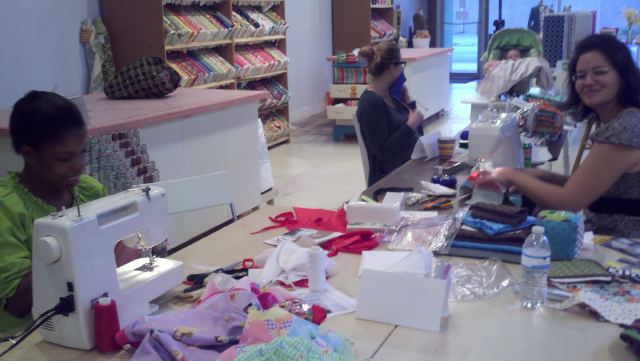 Sun comes up, and no one wants to give in 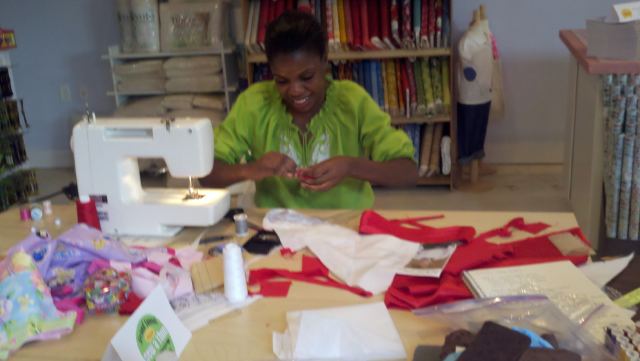 The cummerbund that may have ended it all 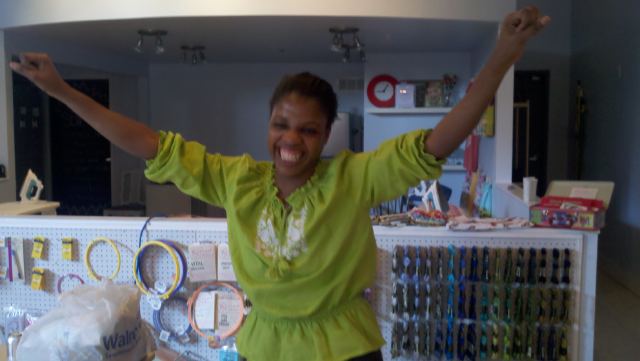 In a super classy move, Maria concedes defeat after fourteen hours of competition: 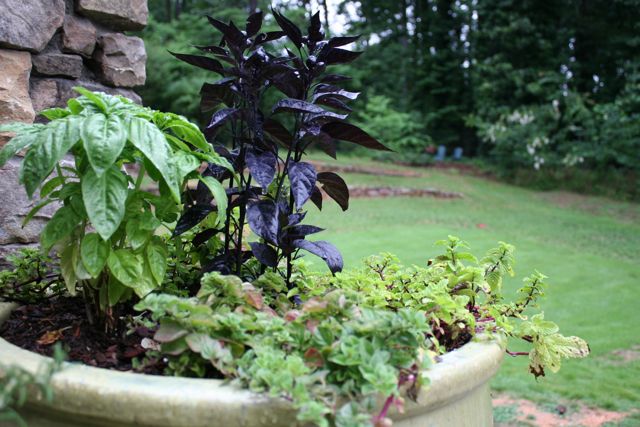