Why Sewing People Are the BEST People

Sewing people are the best people.  I had this thought the other day, not for the first time, but clearly, like a lance through my skull, reminding me that sewing people are the BEST people.  Because they are MY people, in so many ways, in ways that are multilayered and complex and interesting and reflective of analytical brains and widely varied interests.

As varied as those interests can be, there are a few topics and attributes that sewing people tend to share that make them extra awesome.  In no particular order, those include (but are not limited to):

Sewing folk don’t sit on their laurels.  They are always looking for new techniques, new patterns, new tricks, new tools.  They are always open to inspired ideas or revised methods.  Rarely have I encountered sewing people who don’t crave hearing about a new way to accomplish a sewing task–they may not always agree with it, they may turn up their noses on occasion or say it isn’t the “right” way, but they are always open to observing, analyzing, and sharing new ideas.

I haven’t found that to be true in…like…almost any other area of my life.  And the relative lack of judgement and scoffery (a new word to add to your lexicon–hey! you like to learn things, too!) ranks sewing people far, far ahead of the world of academia in which I used to dwell.

Over the past few years, I have watched the world of quilting almost riotously transformed by a level of astronomic growth that is unparalleled in American history since 1976, when the American Bicentennial inspired countless women across the US to take up quilting as a patriotic and nostalgic activity celebrating the founding of our nation.  The sheer number of individuals in the past ten years who have come to quilting–and to sewing in general–has spawned an entirely new industry, the digital quilting age, and brought with it a massive surge in sewing revenue., clocking in somewhere around 2 billion dollars a year.

But it doesn’t end there.  That’s just the introduction to the story.  Because in the past three or four years I have watched folks who purchased a sewing machine with an eye to taking up quilting move on to making clothing for their children, and then to making clothing for themselves.  Because sewing people love challenges, and love trying new things.  They like to branch out, and experience more than the same thing over and over.  Even within the world of quilting, we’ve seen more hand quilting, more paper piecing, more applique, and more foundation piecing.  All these techniques go beyond “basic” quilting and reflect the desire to continue pushing ourselves to acquire new skills FOR THE JOY OF IT.  Man, I love that about sewing people.

As part of this massive growth, and the birth of the digital sewing age, the social media community surrounding the community has exploded.  Facebook and Instagram and Twitter have all given us a huge outlet for finding more of our people and connecting with them.  And I have found SO MANY people online who are just, seriously, really cool. I have made friendships that are entirely virtual, with folks I have never met, that are rewarding and connected and fulfilling.  I have made friendships that started as “those people who live inside my phone” but then have jumped off the electronic device and into real life, and some of them are the warmest and deepest I have experienced as an adult.  It is absolutely amazing the level of generosity and kindness that I have discovered in this world, and how frequently it is poured out.

Sewing bees have sprung up through the mail, and one glance at any Flickr group for a swap will show how thoughtful  and generous sewing people are when assembling a package or gift for others.  They aren’t seeking to secure a better package for themselves, or even to “win” at anything, just to make a new friend. Sewing people truly believe that you can never have too many friends.

Sewing people love to see the world, literally and figuratively

I have this idea, since I had the immense privilege of living in Korea for a year at the time the 1988 Olympics were hosted in Seoul, that every American should travel outside the country–ideally, LIVE outside the country–at least once in their lives.  Even when I was in high school living overseas, with the limited scope of experience one has in the ninth grade, I understood that I was seeing (quite literally) the other side of the world, another side of human experience, another view of how life can work.  Other nations, who are perhaps more closely linked geographically and easier to navigate between, spend much of their time crossing borders and exploring cultural differences.  Americans tend to do that between states (a cultural navigation that cannot be discounted), and I firmly believe that all of us ought to take every advantage to see more of the world and the people in it.

Sewing people LOVE to travel–whether it’s virtually or physically, they love to explore new places and new colors, new sights and sounds, new people and new customs.  My friends on the internet–you know, the ones who live in my phone–all delight me with photos of their trips to other places, their months living in other countries, their experiences in unfamiliar territories.  Christine Haynes lives in Paris for a month or more every year.  Liesl Gibson does an apartment swap with someone in another country each summer.  Loads of folks travel to workshops and retreats all over the world, just to see the places and meet the people.  These trips can be long and require a great deal of sacrifice, but are never, ever seen as a hardship–they are seen as an exciting opportunity, in a way non-sewing people don’t always see their travels.  Sewing people are armchair travelers whether they ever set foot on an airplane or not; and they translate those travels into fabric and thread.

Most sewing people are also readers

I am an inveterate–and perhaps, to a degree, an indiscriminate–collector of ideas and information.  I am a voracious reader, and not terribly picky about what I read.  I’ll read ANYTHING: novels, research articles, fluff magazines, self-help books, “thought pieces,” anything.  I revel in the sheer volume of information out there.  This leaves me with a fun party trick: I know all kinds of useless information (two famous Albanians? Mother Teresa and John Belushi! ideal length of a bound foot in 19th century China? 2.75 inches!), which I can share whenever the conversation seems to warrant it.

In some social situations–alright, fine, MOST social situations–I have found that people don’t quite know how to react to these little tidbits.  Some are stunned into silence, and the conversation comes to a screeching and mortifying halt, making me feel I have to do a little soft shoe a la Michigan J. Frog just to save some face.  Some are offended or dismissive, changing the subject as though I haven’t spoken.  Some are patronizing and feign interest while making faces at their companions.

Sewing people, though.  Over and over again, sewing people have been the exception to this.  Most of them positively delight in my tidbits (jubilee!! a receptive listener!), and more often than I would ever expect, they’ll say, “Ooooh, did you read that in [insert name of semi-obscure published work here]? I loved that [book/article/story/episode]!” And what follows is a natural conversation about all things shared, and a deeper bond is formed.  These conversations take place at conferences, on Instagram, through Twitter, and in the comments section of my blog.  Sewing people are folks who like to take in information and share it with one another, and that’s my comfort zone.

And it isn’t as though they’re all standing around waiting for you to pipe up with a random fact.  Sewing people, much more so than others I have met when I was in alternate career fields (teaching public school, where I generally found the adults to be weary and over-burdened, which made them cranky and lacking in compassion; academia, where the required level of self-involvement to secure one’s own success necessitated a certain degree of emotional distance from ones peers; or even archaeology, where the thrill of possible discovery and the required analysis of objects meant that folks tended to know a great deal about a very, very narrow field and not much outside of that), are interested not just in learning but in seeking out others who might want to share what they know.

Sewing was one of the first creative areas to offer online classes–back in 2009, when I launched my first online course, there was only one other instructor doing the same that I knew of.  Sewing folks frequently will ping me on social media with ideas or links or publications or projects they think might be of interest to me, unsolicited but very welcome because it makes me feel thought of and known in a way that my work in other fields did not.  Sewing people love to share what they know–I can’t think of a single individual in the entirety of the world of sewing who would not cheerfully show you exactly how to accomplish a technique they’re working with, if you ask.  Maybe they don’t all teach formal classes, but they love what they do so much that sharing it with others comes very naturally, and with no strings attached.

So many of these attributes are true of lots of good people, in all walks of life, even those who {gasp!} don’t sew.  But only in the world of sewing–our slightly geeky, freak flag flying, hoarder-tendency, creative world–have I found that the people who surround me possess ALL these qualities, over and over again.  I find I am more myself with people who sew than anywhere else in the world, and I wake up every morning (true story) and say a word of gratitude to have found a group who are welcoming, interested, kind, curious, generous, thoughtful, funny, smart and excited as people who sew. 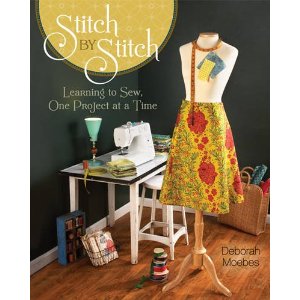 Whipstitch Etsy OPEN for One Week at 40% Off! 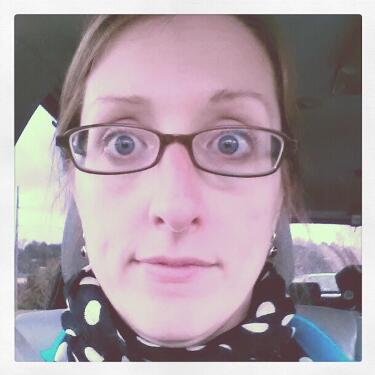 I am waiting for my Hipster Membership card to arrive