What is this giant ball of garbage under my sewing? 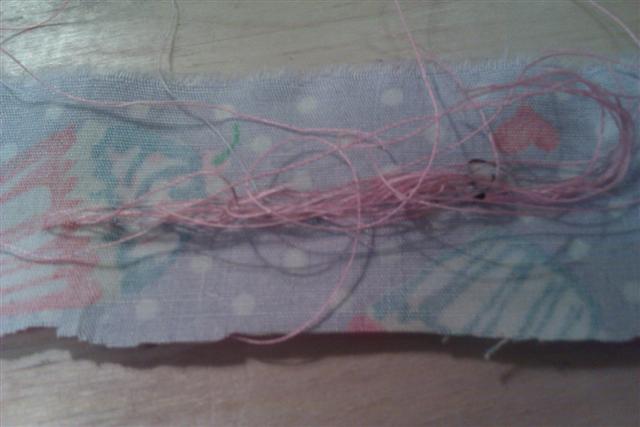 That would be a tension issue.  But it’s probably not your tension settings, like you might think.  Most likely, your thread has jumped ship and is no longer between the tension discs of your sewing machine, and is getting pulled by the yard to the underside of your sewing.  Your tension mechanism serves to regulate how much thread gets to the needle from the spool–low tension, lots and lots of thread get to the needle; high tension, very little thread gets to the needle.  When you see a big hairball of thread under your sewing like this, it’s tempting to think you ought to increase the tension.  Adjusting your tension settings won’t fix this, though, because the thread isn’t there to get held more tightly. In order for your tension to be set accurately, the thread has to be running through the mechanism properly.

Solution:  Unthread and re-thread your machine from scratch.  Nine times out of then, that will solve the issue.

Why are there all these mystery threads coming out of my needle when I finish a seam? 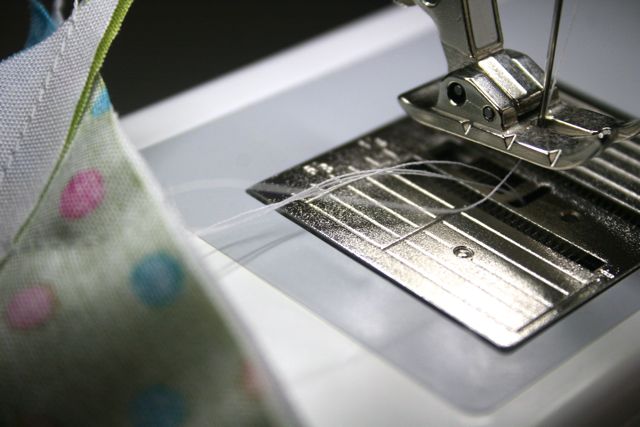 You’re done with a line of stitching, you raise your presser foot and pull your work to the side, but instead of two threads–one from the needle and one from the bobbin–you have a BUNCH of threads, and they all seem to be attached to your sewing somehow.  Those are actually threads from an unfinished stitch, and they’re there because your sewing machine needle hasn’t been raised to the highest position.  Leaving the needle partway down (even if it looks like it’s all the way up) will cause the upper thread from the needle to grab the bobbin thread and begin a loop that will become a stitch–and that loop gets all stretched out and stuck if you don’t raise the needle completely and allow the loop to find its destiny.

Solution:  As you complete a seam and remove your work, check that the needle has completed its upward motion and is juuuuuust beginning to move back down–then leave it in the highest position as you remove the work so you don’t get all those extra threads.  If you already have a bunch of threads and need to move on, move the handwheel a quarter turn and you’ll see that loop resolve itself.

Why is my machine making a weird popping sound as I sew?

That would be the sound of a dull needle punching its way through your fabric, like a fist through a brick wall.  Sharp needles pierce fabric, and ballpoints push the fibers aside–but both of them can only do that if they’re new and free of burrs or dull tips.  A dull, over-used needle will force its way through your fabric brutally, and cause damage along the way.  New needles don’t make popping sounds, and by the time yours does, it’s been dull for a while.

Solution:  Change your sewing machine needle every 8-10 hours of sewing time (which roughly translates to a new needle for every major sewing project, or a new needle every 2-3 smaller projects).  That might sound like a lot–and it’s almost certainly more often than you’ve been changing your needle–but at about 35 cents, a new needle is far less expensive than the thrill of clean sewing with no snags or snarls.

Vintage Patterns Delivered to Your Door! 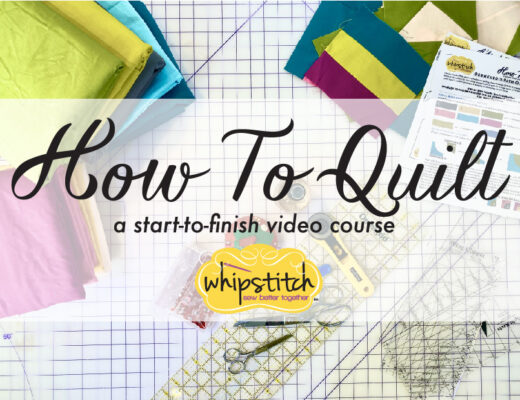 The How To Quilt Start-to-Finish Video Series