Catching Up with the Modern Instabee (and learning more about margin)

Part of what I’m learning as I explore this idea of margin this year is that we learn our priorities based on what we DO, not on what we say we WANT to do.  Money where your mouth is, and all that.  And this year, I deliberately made very few commitments, knowing that I didn’t want to take the risk of cutting things out in order to give myself more margin just to have all my time given away again to NEW things.  I chose to commit to both the Modern Instabee and the Handmade Birthday Club for one specific reason, though: I didn’t want to have my margin isolate me.  On the one hand, there is great power in saying NO to things, in regaining some room to maneuver and the power to choose.  On the other hand, there is a risk that by saying no to TOO many things, I would find myself with no connection or tether, afloat without direction.  My hope was that by committing to both of these groups, that I’d be connected to something bigger that would require me to organize my time and prioritize these other folks in a way that would balance out my (occasionally selfish, though not always in a bad way) newly-discovered margin.

And I kinda sucked at it. 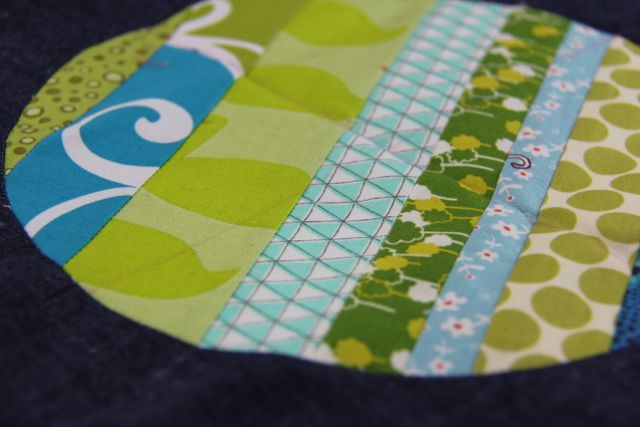 What I discovered is that it was very tempting to procrastinate, and the thought of margin never really entered into it.  It is always easy to find things more urgent, and to push off the things that are important.  But I’ve discovered the truth of urgent vs important: that when we only focus on the urgent/important things, we are constantly putting out fires, but never creating; when we focus only on the urgent/unimportant things, we are constantly changeable, and feel out of control; when we focus on the non-urgent/unimportant, we are irresponsible and dependent on others; but when we focus on the non-urgent BUT important things, we are gaining vision and discipline, we are reaching into our creativity and building a foundation on which all the other cool stuff can grow (all of these discoveries were confirmed and illuminated by the matrix here, based on the 7 Habits). 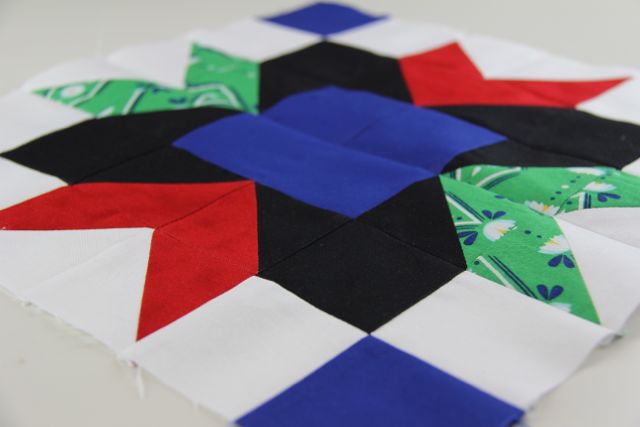 Bottom line: I found myself three months behind on my quilt blocks for Modern Instabee.  THREE MONTHS.  And it preyed on me, daily.  I felt like I’d really let people down, even though they assured me they weren’t in a hurry and that it was OK.  I knew that really, I’d let MYSELF down, and that I had betrayed one of the key things I want to gain from building margin into my life: the ability to pour into relationships rather than into crises. 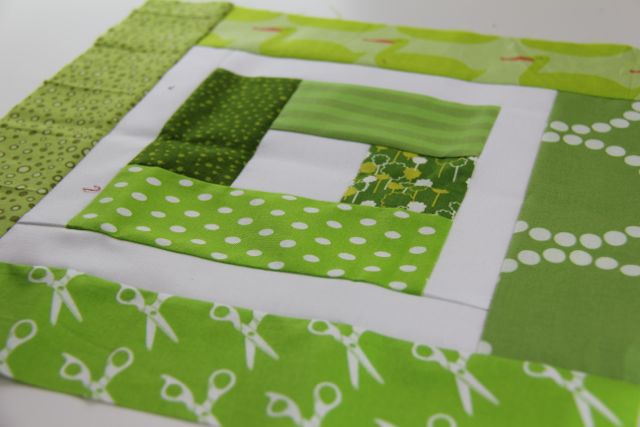 As of today, though, I am TOTALLY CAUGHT UP.  See, that margin stuff really works.  We spent ten days on vacation, just my husband and our kids, driving up the coast to visit with my sister and her kids and my mom for a few days, back down the coast for a work conference for my husband and some beach time for me and the little ones, and it allowed/forced us to put our hands down and be still.  And when we got back, I was ON FIRE.  I can’t even begin to describe the joy and energy with which I approached tasks I had been putting off for aaaaaaages.  Man, I even cleaned out my entire email inbox for the first time in over a decade.  Woot!!  Plus, I was able to use my energy and focus it on the projects I most wanted to invest in and get them off the list.  Double woot! 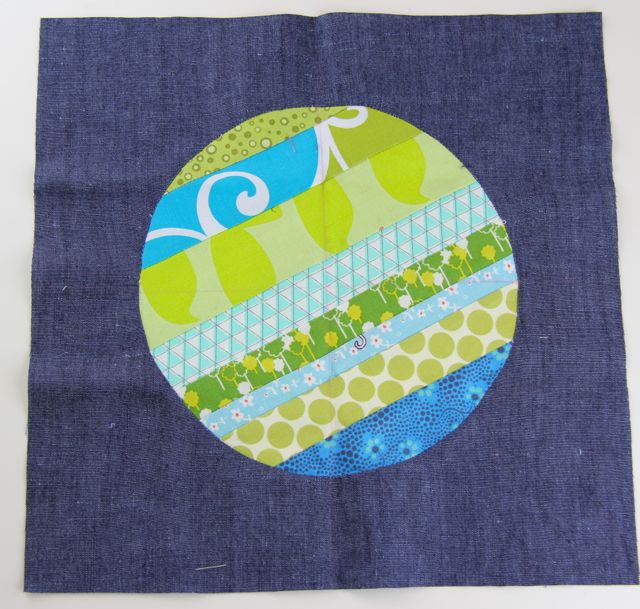 Kenna chose the String Circles block, which was really fun to put together and used up a bunch of scraps.  She sent us all out the background fabric–and thank goodness that she sent extra.  I sewed this up once, but the background was slightly off-grain, and so the final piece was both too small and a bit wonky along the edges.  I might have let that slide in the past, but I wanted what I make for my Bee ladies to be really high-quality, so I took it all apart and re-cut the background and sewed it up again.  Much better! 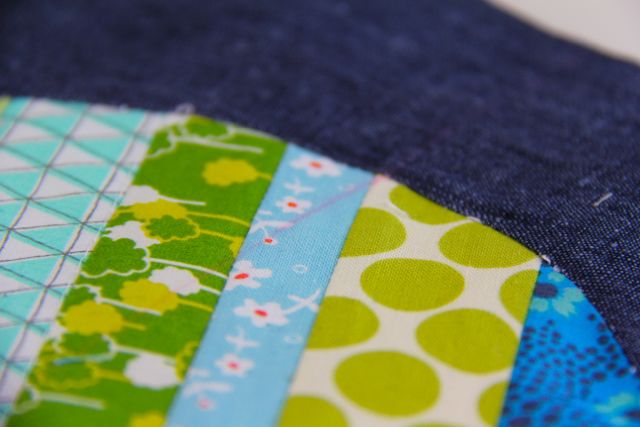 The second time through, I took extra care in the placement of the background, marking both the inset circle and the background pieces in quarters with my chalk marker–you can just see the pink marks in this image.  It made it even easier to match the pieces up and get a really smooth, pretty result. 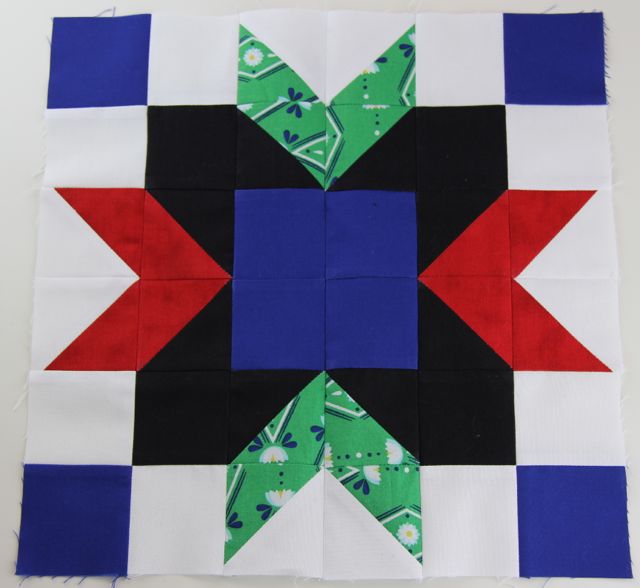 Abby chose the Cordelia’s Garden block, which looks suuuuper fussy, so I left it for last.  In the end, it wasn’t fussy at all–the majority of the work was in the cutting, rather than the assembly.  Once that step was done, the HSTs got sewn up, and the rest was just repetition.  And lots of pressing. 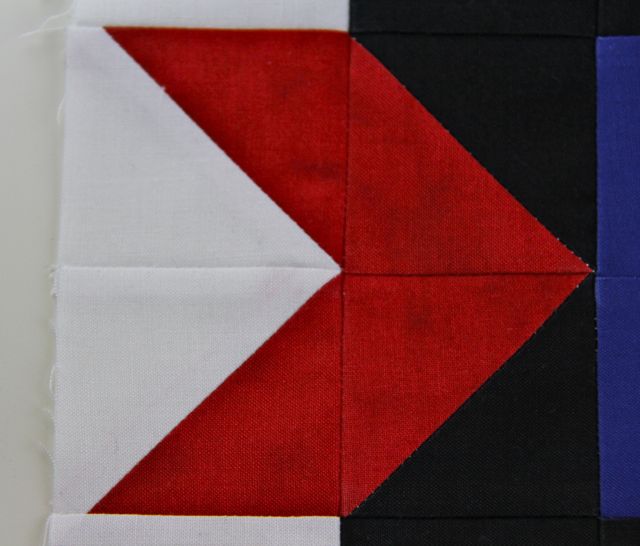 I am especially pleased with my points–look at that matching!!  On the first of these HST-to-HST seams, I didn’t get a perfect match, so like the circles background, I took the seam out and re-sewed it.  And the extra seven minutes pales in comparison to the satisfaction of getting it right.  Sigh.  Contented quality workmanship. 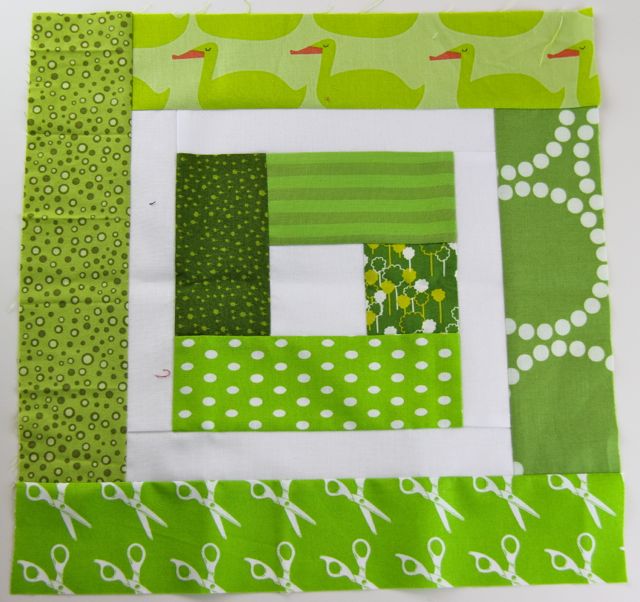 The final block was Liz’s Bluebell’s Cabin.  This one seemed like it would be the simplest of the three–and in construction, it totally was–but because Liz asked us to really stay with a “true green,” the fabric selection portion (which always takes me the longest, anyway) was extra careful.  Liz wanted a real grass green color, and I pulled fifteen or more different fabrics to narrow down to the eight here (since I didn’t want to repeat any fabrics in her block). 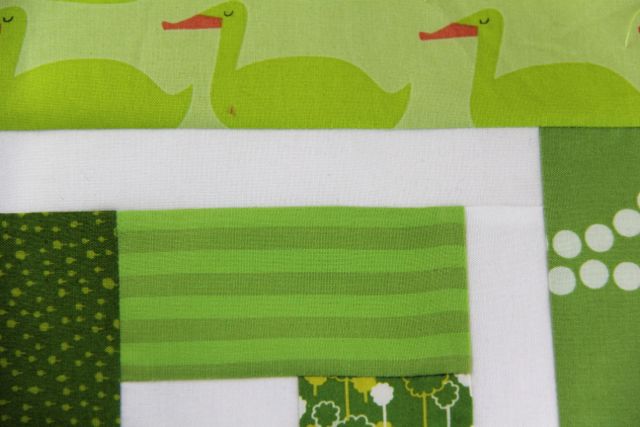 Then the cutting came, and the fun of getting to plan what little segment of each fabric would get to be shown for each portion of the block.  I loved getting the stripes just right, and the ducks in a row.  Literally.

In the end, this was another lesson in margin: putting first things first (thank you, Steven Covey) allows me to have more space and time to focus on the other building-up activities that can make me feel like I’m moving forward rather than treading water or reacting to crises.  Which leads to the next lesson that I’m already learning: keep the momentum going.

How do you keep the momentum going when you get on a roll?  I’d love to have a list of techniques to try, because the satisfaction and peace that come from having all the urgent/important tasks checked off so that I can focus on the creative, forward-reaching non-urgent/important tasks is intoxicating. 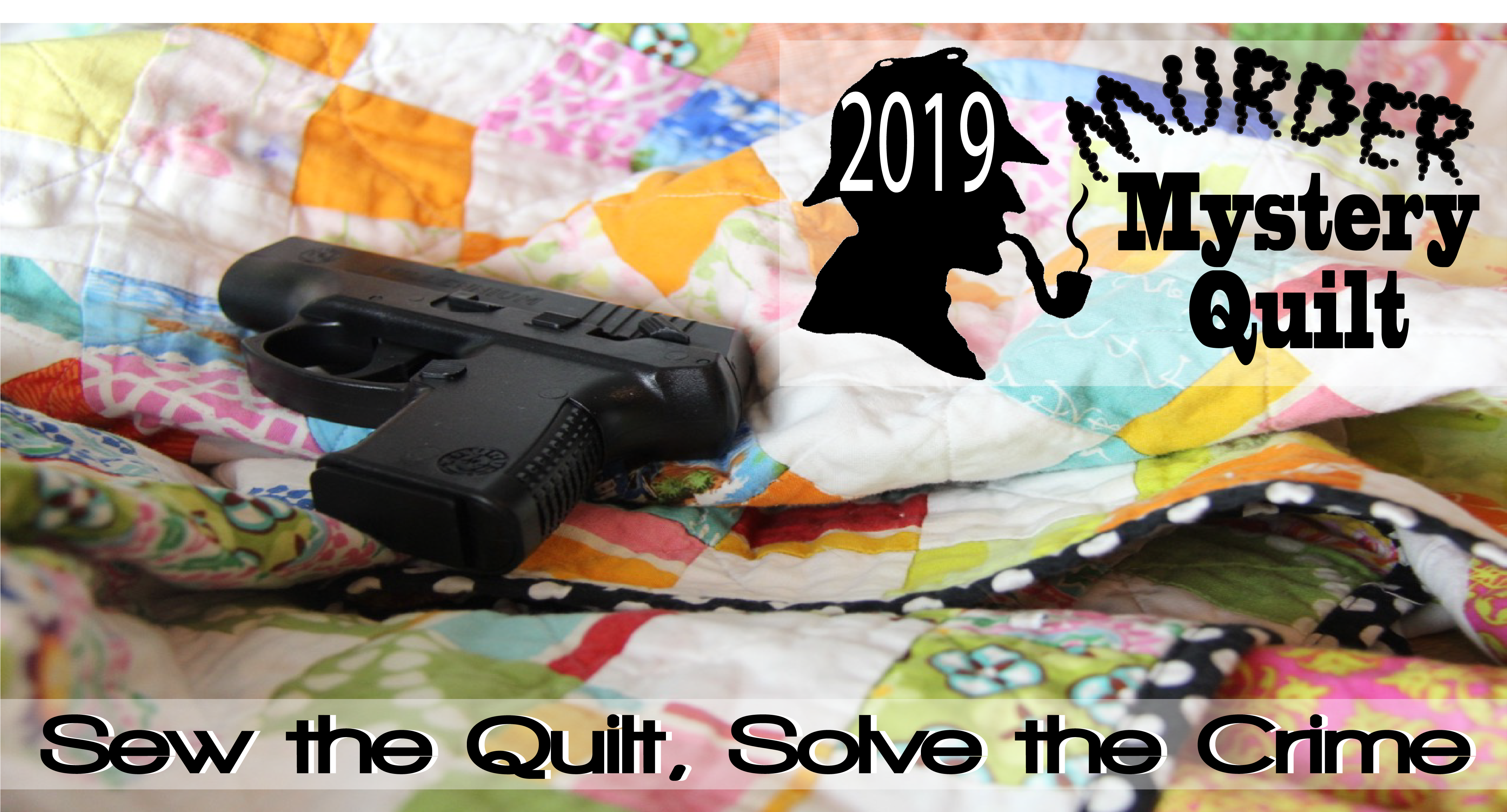