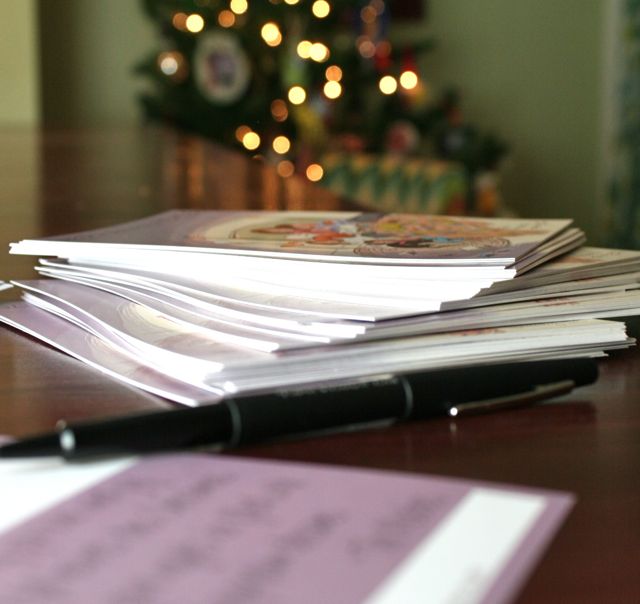 About seven years ago, we had an AMAZING Christmas.  Amazing in the sense that there were a LOT of presents.  Like, SO many.  It was an embarrassment of riches.  And I couldn’t quite explain it, but it really did feel like…an embarrassment.  There was something about the sheer VOLUME of gifts that made me feel overwhelmed and spendthrifty and gluttonous.  After all the gift wrap drifted to the floor following the frenzy of ripping and tearing, I realized that I didn’t feel happier, not the way I wanted to.  I didn’t feel more fulfilled.  I just felt let down.  Like a balloon that slowly loses air and is all wrinkled and tragic at the end.

One of my favorite writers to quote is Amy Dacyzyn, and she has written about this phenomenon.  Based on her writings, we’ve come to call this the Ice Cream Sundae Principle.  She says, basically, that when most folks take their kids out for ice cream, over time, the kids want more and bigger ice cream treats.  It starts out with a cake cone and a scoop of vanilla, but pretty soon, that’s old hat, so their parents get them TWO scoops, but that’s not enough after a while, so it’s a sundae, but then that’s familiar (and so contemptible), and they have to have a banana split…  You see how this goes.  It’s the same idea behind eating any sweets: your taste buds get numb to the flavor, so the fifth bite really isn’t as sweet or as satisfying as the first.

Dacyzyn’s argument is that when the thrill wears off on a treat or a pleasure, the answer isn’t MORE, it’s LESS.  She points out that most folks assume they have to keep cranking it up a notch, but for her family, they simply do it less often in order to allow time to bring back the original thrill.  So when a cake cone with a scoop of vanilla isn’t satisfying or exciting for her kids, they just go to the ice cream parlor less often, until a scoop is AWESOME again.  It’s not a punishment–it’s about pacing our lives and our desires in a way that prevents a good thing from becoming a bad thing, prevents a wholesome desire from becoming a greedy obsession. 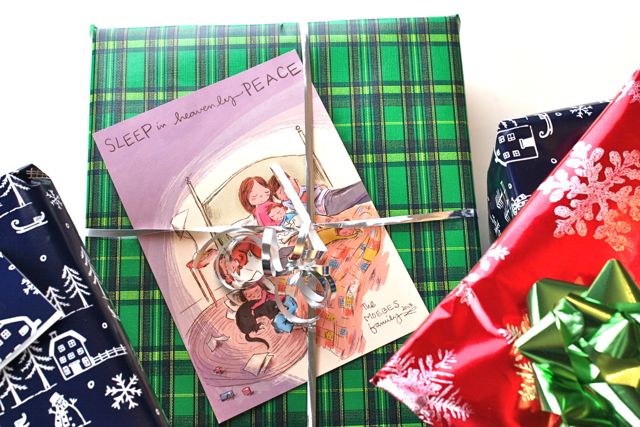 This is the single most influential concept I have read or heard as a parent, seriously.  In terms of how we handle basic, day-to-day navigation of a world where we can have so much for so cheaply, this one idea–that sometimes what we need is LESS of a good thing or it becomes a bad thing–has changed how we address a multitude of lifetime events for our marriage and our children.

So, then: Christmas.  One year after the Christmas I described above, we decided to make a change.  I had an idea.  I had a wonderful, awful idea: what if we did FEWER gifts for our children?  Like, JUST TWO?  I know, I know: that’s insanity.  But it has led to some of the most fulfilling Christmas memories we have.

Here’s how we do it: 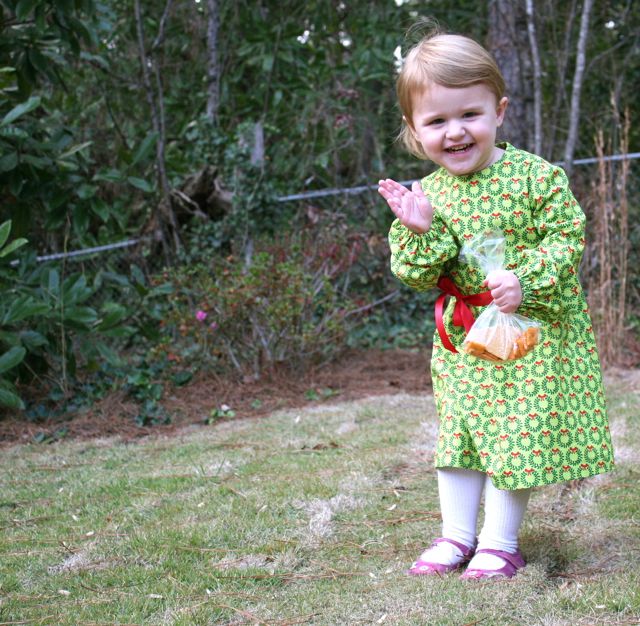 We–the internet culture–spent a lot of time the past couple of years talking about FIRST WORLD PROBLEMS.  Well, here’s a FWP for you: it’s Christmas morning, and you’re surrounded by presents and torn paper and ribbons and bows, and you feel empty inside.  Like, you’re glad it’s Christmas and the tearing and excitement was awesome, but now that it’s all over, you feel a little let down and dissatisfied.  It’s not that you want MORE, not really, it’s just that you’re not sure that’s all there is–or that it’s all there’s SUPPOSED to be.  It’s a weird longing, a just-out-of-reach ache, when you realize you’re not super enthused about ANY of the gifts you’ve received and think maybe you’re just ready to head back to your regular life.  Let’s turn on the TV.  Christmas is over.

Have you ever had that feeling?  How tragic is that?  And let’s be honest: how pathetic?  Right?

To have a world of presents dumped on you and STILL NOT BE HAPPY.  It’s the root of what we’re fighting as parents, this sense of emptiness when given so many riches.  And I’m trying so hard to fight that as I raise my kids.  In part, I want them to learn to be grateful when they receive something they didn’t want or don’t necessarily like–my oldest is an ACE at this.  She has gotten some, let’s be honest, totally CRAP gifts over the years from extended family who didn’t know quite what to get her but wanted to give her SOMETHING.  And man, that kid can look beyond the object and to the giver and truly be thankful to have been thought of and remembered.  She amazes me that way.  I want all my children to learn that deep level of gratitude.

At the same time, I want to recognize that I have the power to limit the number of items they receive, and cultivate both that gratitude AND their appreciation for how it feels to experience true joy and rapture when opening that Perfect Gift.  I remain convinced, just like that ice cream sundae, that FEWER gifts will allow them the room inside their hearts to deeply love what they DO receive.  I don’t know where I read it, but there was a story a couple years ago about a kid who loved, loved, loved his two toy cars, so his grandmother bought him TEN new toy cars.  And then she saw that he didn’t play with ANY of them anymore.  She asked him why and he said, “Gramma, I can’t love TEN.”  Something about having too MANY made it hard for him to love ANY.  How’s that for a snapshot of what’s happening to our children in this culture of constant want and immediate gratification? 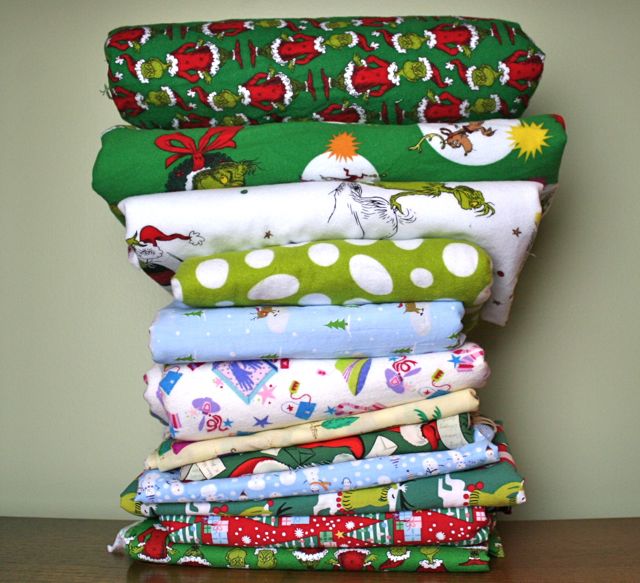 Here are the benefits from limiting our gift-giving to only two gifts (plus an abundant stocking):

I’ll close by openly saying that this practice does NOT (so far) seem to save us any money.  We set a budget for each child and work to stay within it.  I am not concerned with spending an equal amount on each kid, only on meeting that child’s hopes as best as I am able within the set amount we’re willing to spend.  We nearly always go over budget on one of them, but come wildly under budget on another–our four-year-old this year stated emphatically before Thanksgiving that all she really wanted from Santa was an Anna doll to play with her Elsa doll.  It’s a $25 doll, and we were delighted to order it for her.  She came in well under budget this year, but will be elated with her gift.

What it DOES save us is our sanity and, I think, our integrity.  I can’t feel good about spending 364.25 days a year writing and talking about loving handmade and teaching our children the value of good quality–and then buying up a zillion cheap gifts on Christmas.  I sincerely believe that by limiting what we put under the tree, we’re communicating to our children in the most powerful way that we mean what we say: it isn’t THINGS that matter, it’s people.  It isn’t STUFF that makes life special, it’s experiences.  And that the Christmas memories–the FAMILY memories–we most want them to have are about loving each other and being together.

I don’t know how helpful this is to others to hear that we do Christmas this way, and I freely admit that it’s an on-going process through which I learn more about myself and my children every year (did I mention that I’m discovering I have issues with greed and hoarding?).  I feel deeply convicted that this is a step in the right direction to building a family culture of generosity and thoughtfulness and gratitude and contentment, and one of my dearest wishes is that my children will grow up and carry that into the world with them where it will spread like ripples in the water.  Here’s hoping it does the same for you and yours! 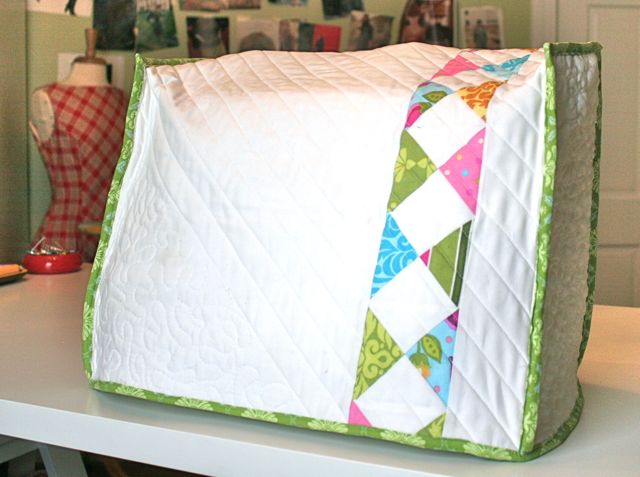 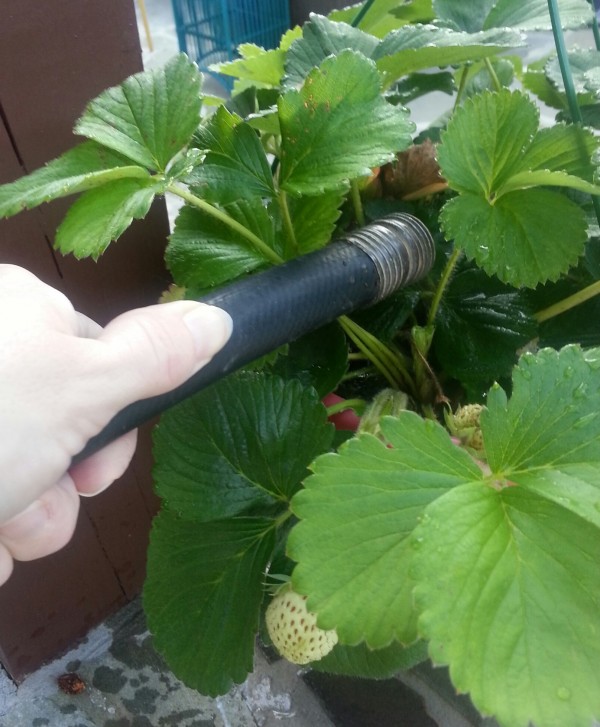 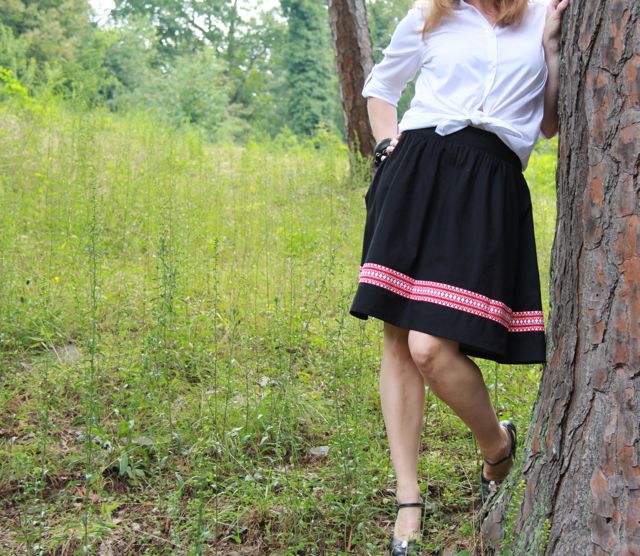 Get Up & Go Skirt for Oktoberfest