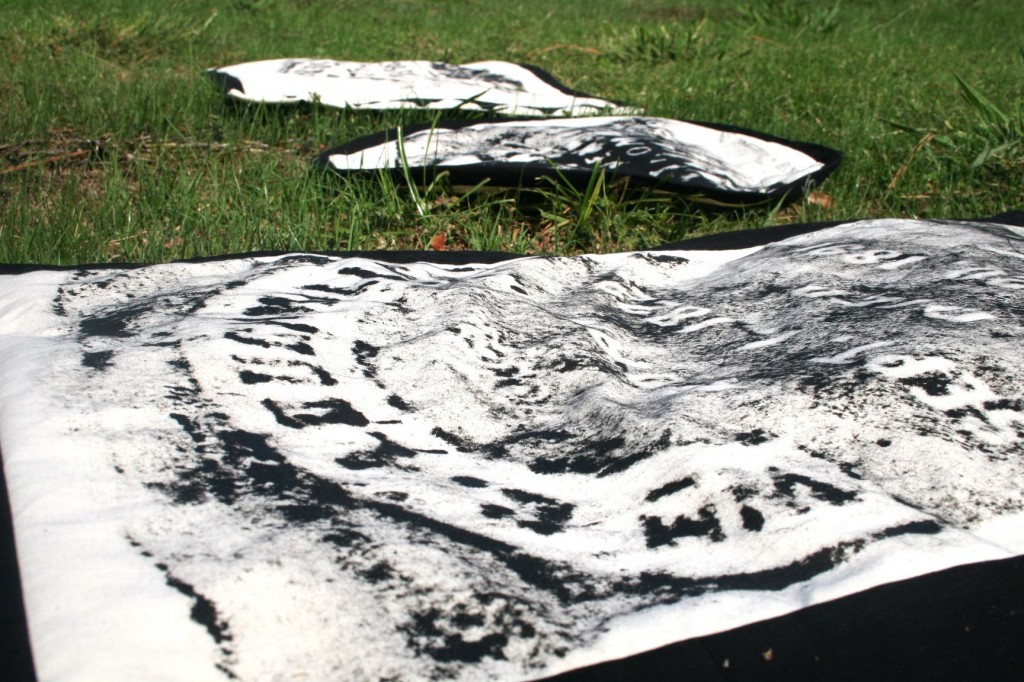 My husband and I went out to eat recently with some Twitter and blog friends, one of whom is a noted ghost hunter. She mentioned wanting to visit her grandfather’s grave in West Virginia and do a rubbing of his headstone. I mentioned that I’d seen some photos on the Internets of a woman who had made a series of art quilts based on gravestones, and that I was inspired to try something similar: like rubbings, but with fabric paint on fabric, something more permanent, something that could be displayed and really treasured but that still captured that connection to the past.  I got the idea from an article I read while studying for my PhD about a Japanese archaeologist who’d developed a similar technique for preserving the carvings on Mayan stelae.  The whole concept really appeals to the archaeologist hidden deep inside me, and I was itching to give it a go.  Luckily, Heather was game. 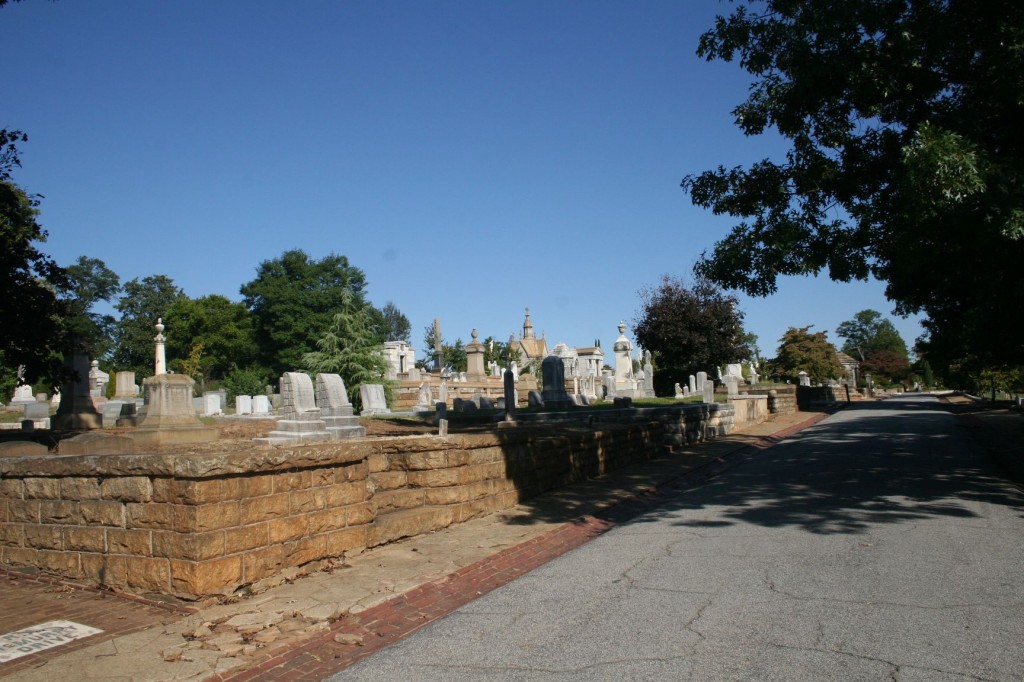 On a gorgeous Monday morning, we met up at Oakland Cemetery, the oldest in the city of Atlanta and home to some of the coolest decedents around.  Armed with bags of supplies, we hunted for some really excellent headstones. 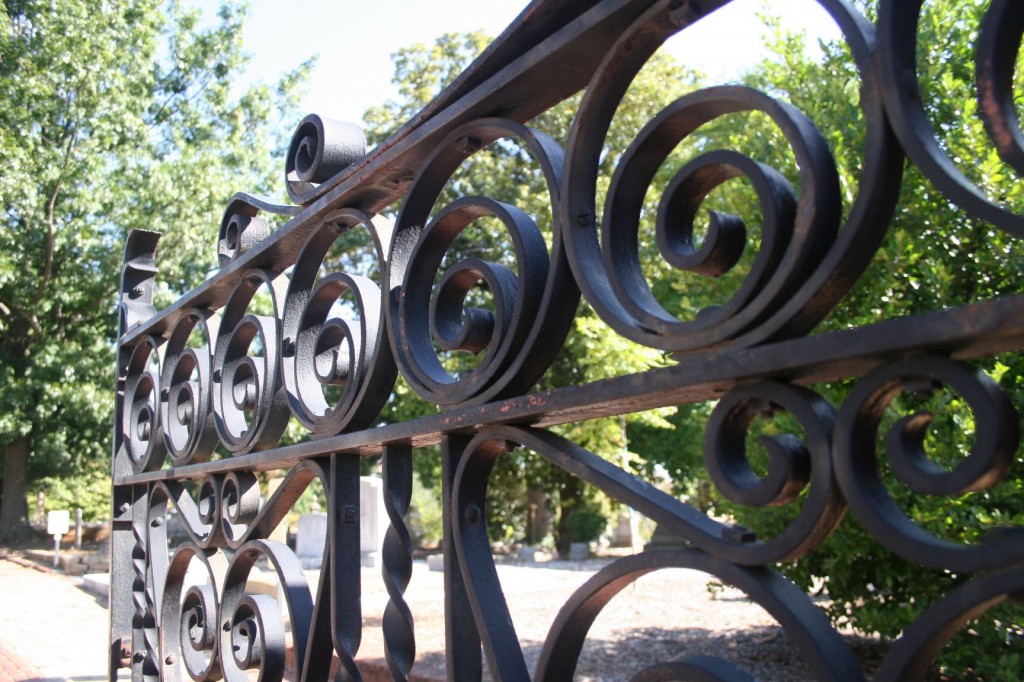 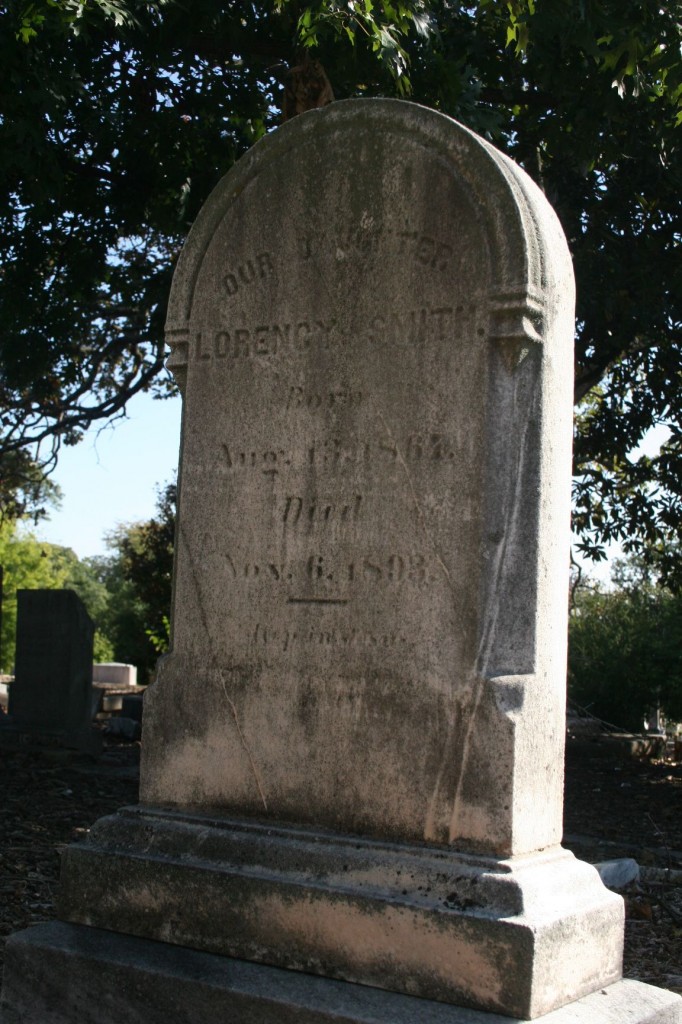 The results were clearly an experiment, but it was such a cool adventure that I don’t even mind the imperfections–in fact, on some of the finished rubbings, its the imperfections that appeal to me most.  We completed a half dozen rubbings in a little less than two hours: 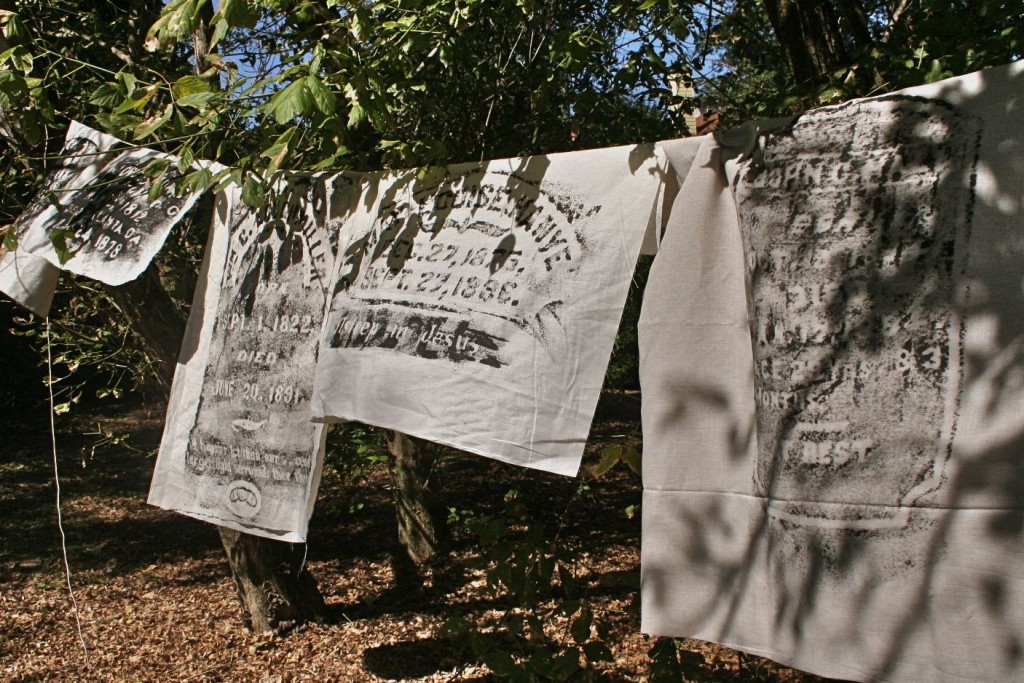 First, we approached Colonel Lovick.  We learned quickly that too much attention makes for a messy result.  Colonel Lovick knew this, too: he was buried next to his second wife and in front of his first.  Ouch. 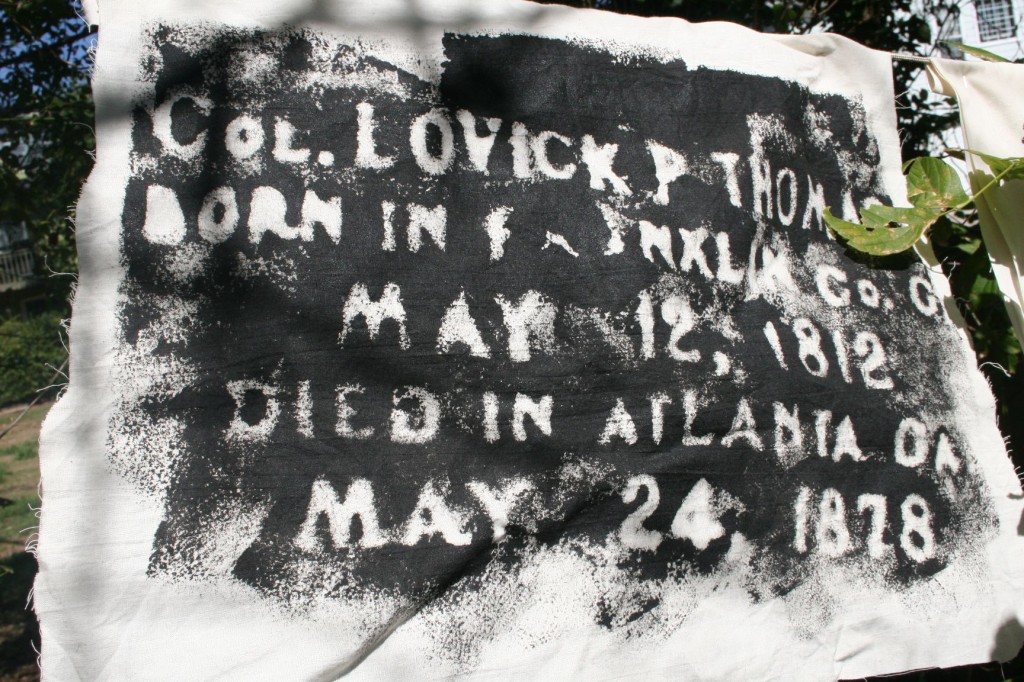 With a lighter hand, we met with May Louise, our first real success of the morning.  The Colonel was certainly heartening, because until we met him, I wasn’t even sure this little task would work at all!  But the rubbing is blotchy and I was hoping for something a little more artful…  May Louise delivered in spades: 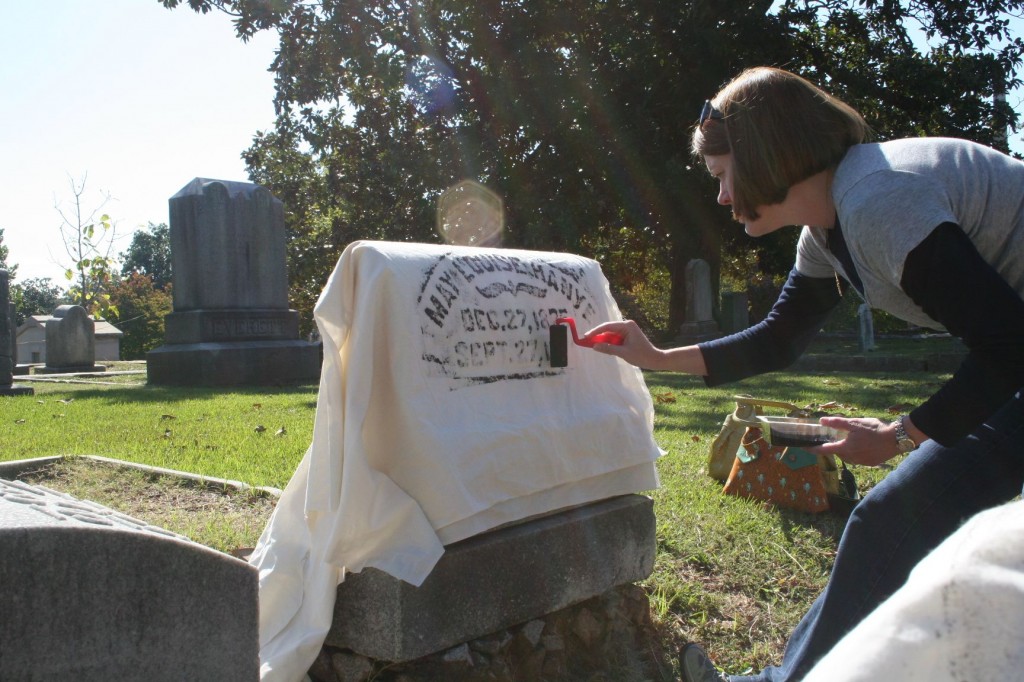 I loved the way the raised text of her headstone was so crisp and clear when the roller went across it.  This is basic muslin, double thickness to prevent any seeping-through of the paint, and a trim roller from Home Depot (the kind with the lightest nap).

I loved the results we got with William Loughmiller best, though–especially the fact that when we first found his headstone, we weren’t able to read any of the text at all–hardly even his name had survived the exposure to the elements.  When the roller went across the face of the stone, though: 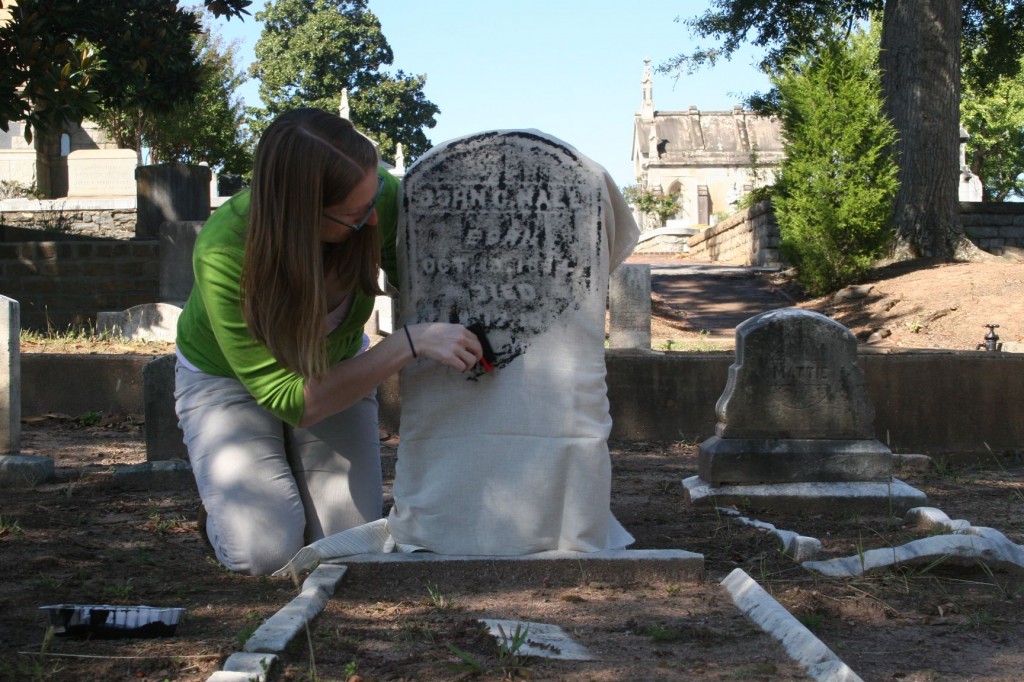 The effect was really amazing, like a discovery, like Tutankhamen’s tomb: “Wonderful things!”  I loved the sense that we were relocating something that was lost, and that it is now preserved on the fabric.

I took home the pieces we’d completed and let them dry in the early fall sunshine. 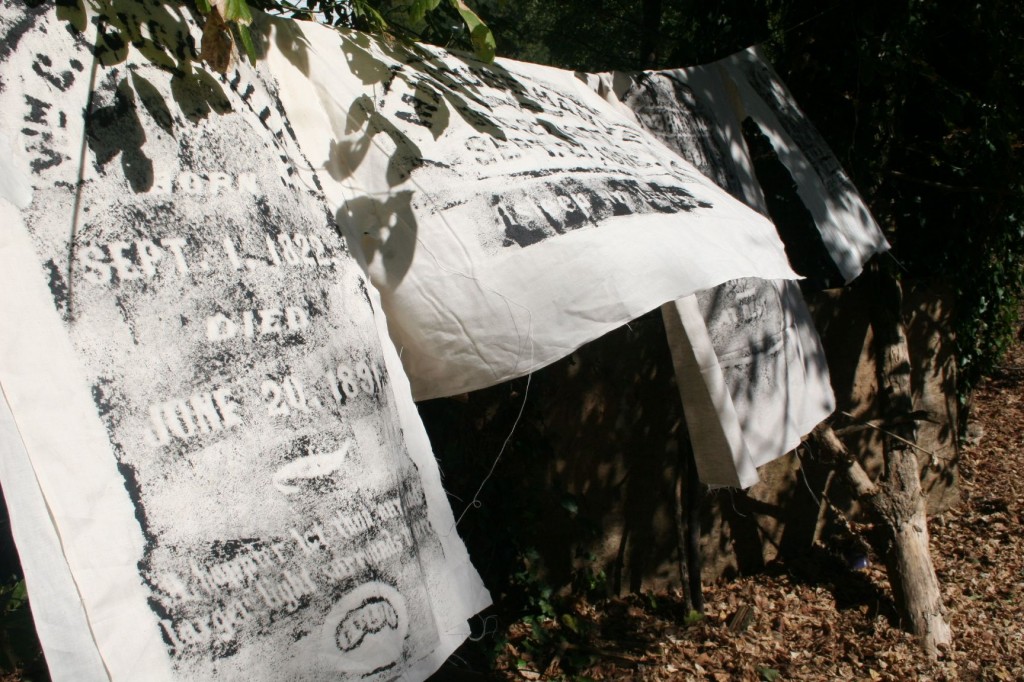 Then each of them was neatly trimmed and pieced around the edges, with the rubbing as the central element, with the goal of creating wall hangings from our rubbings.  These are very simply done, but I imagine that now I’ve accomplished these prototypes, some very elegant and more complicated versions can be designed that will really show off the rubbings to their full glory. 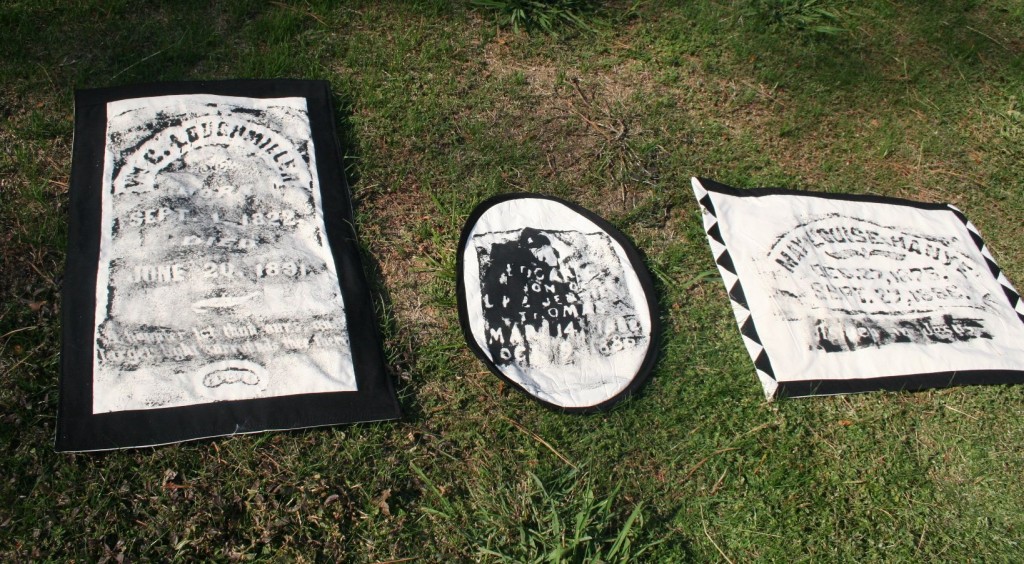 These are backed with more muslin and edged with black Kona cotton, and a layer of cotton batting sits between. They’ve only been quilted along the edges of the patchwork because I haven’t quite worked out how to preserve the beauty and integrity of the central piece while still quilting it–perhaps hand tying? 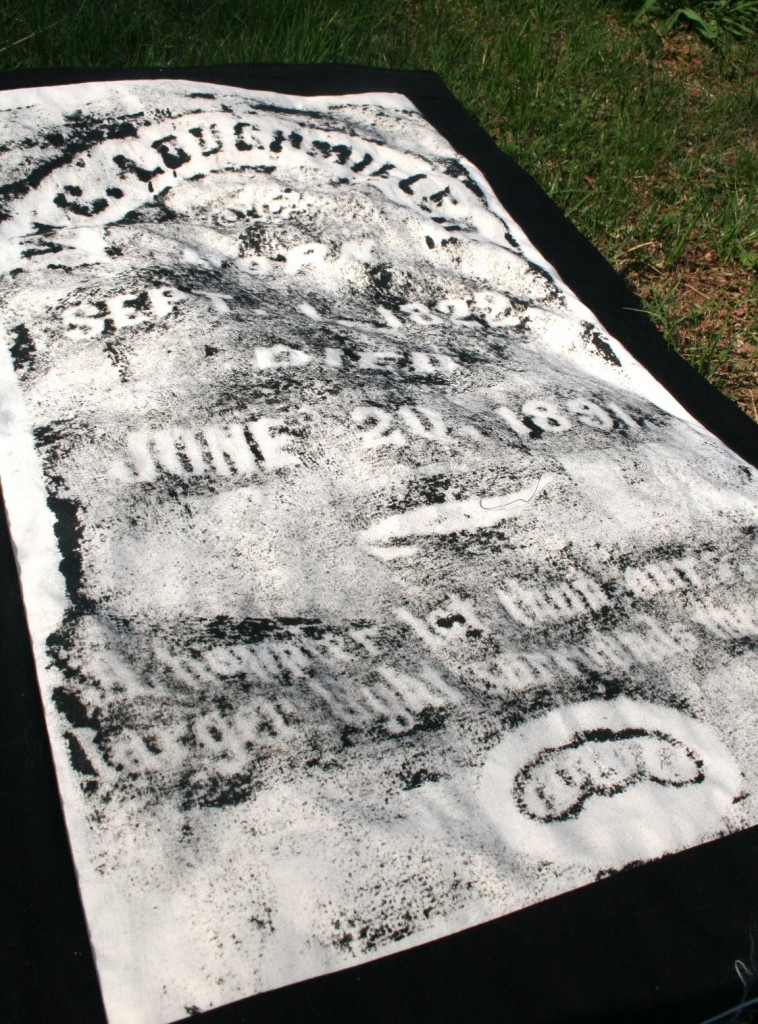 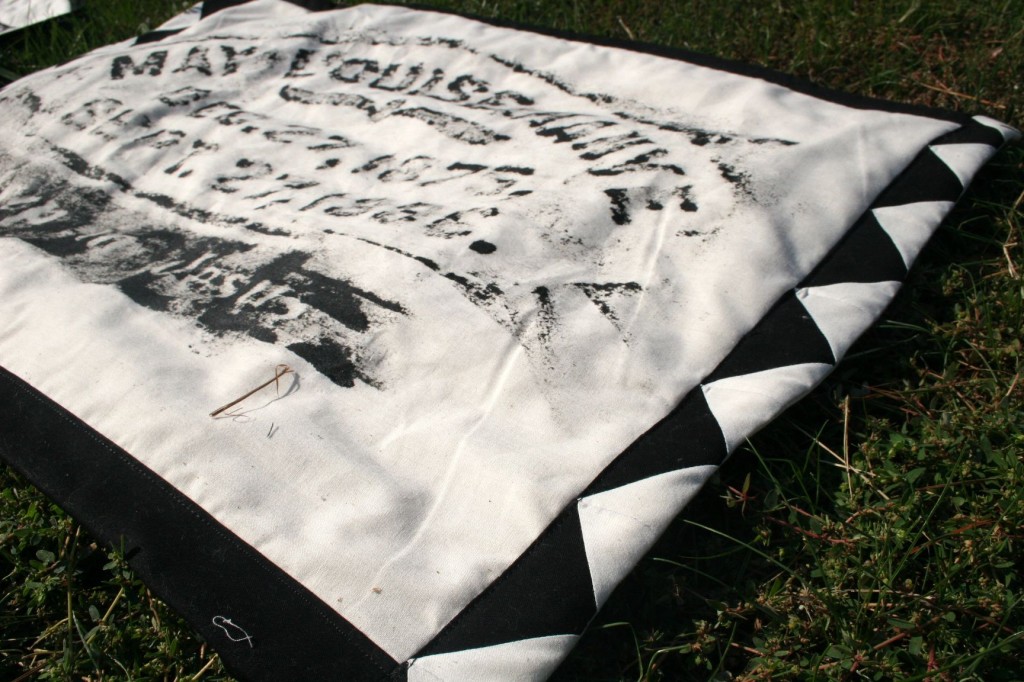 I especially like the idea of the oval one, like an antique picture frame with the bias binding around the edge.  I’m wondering what kind of cool effects can be done if the oval shape is patchworked before it’s bound… 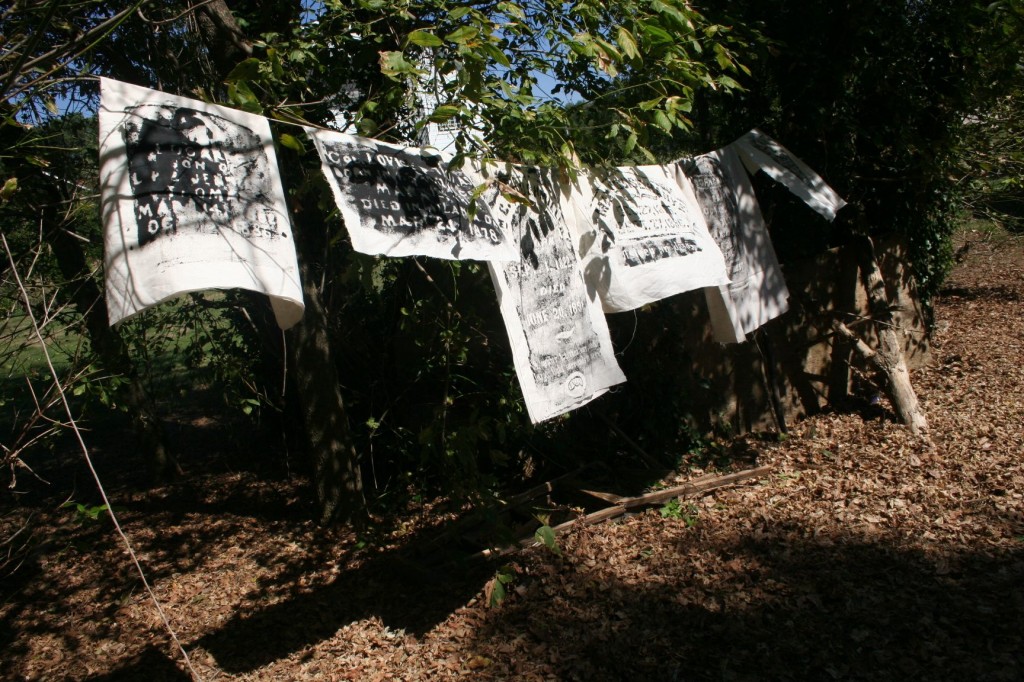 See Heather’s blog post covering our day in the cemetery here and check my Fickr stream for more images of our day with the dead.

These gravestones are headed to the shop to become an honored part of our Halloween window display–if you’d like to see them up close, do drop by and introduce yourself!  May Louise, William and the gang would be pleased to meet you.

Velveteen Rabbits, or: Anna Maria May Have Given Me Scarlet Fever 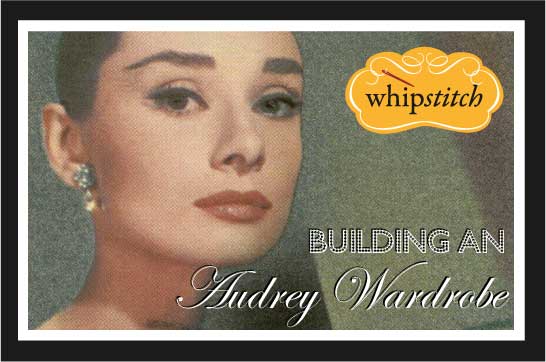 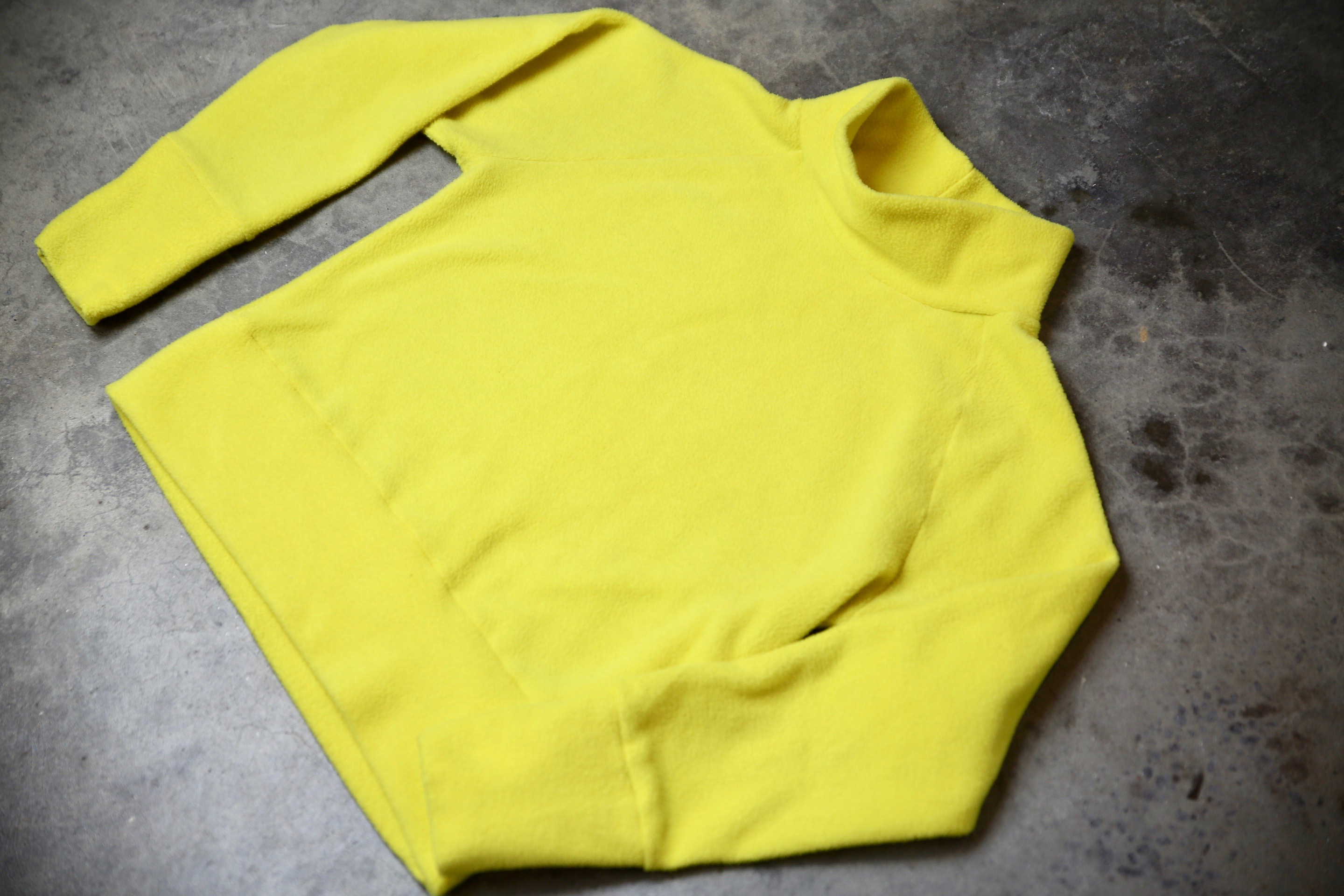