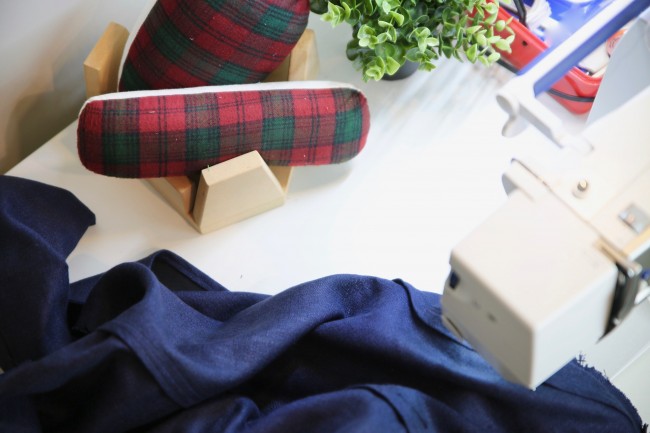 About a thousand years ago, I started sewing a sport coat for my husband using a beautiful navy linen we purchased on a Spring Break trip to Mood Fabrics in New York City–you can read the original posts here.

Along the way, I made a muslin, as any good seamstress would do with an investment piece like a sport coat, and my husband had a fitting.  I asked for his feedback, and he gave it.

And that’s when the brakes went on. 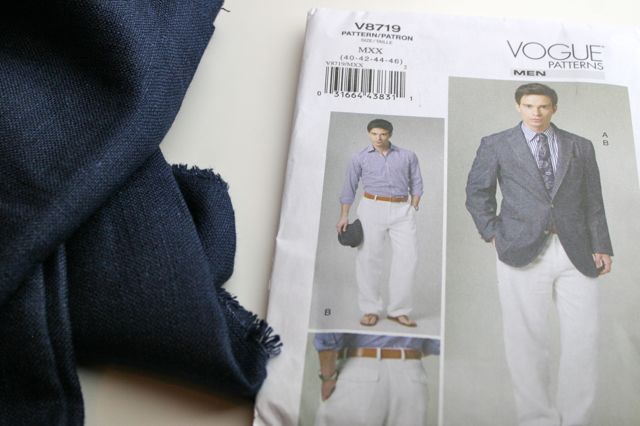 I asked him what he would want changed, and he told me.  And I took it personally.  I was bummed that even though I considered myself more than competent, I didn’t get it “right” straight out of the box on the first try.  Which sounds crazycakes to me now, but at the time, I wasn’t listening?  I was just feeling?  And it felt bad to make something for someone else and have it not land the way I’d hoped.

I set the jacket aside for a bit.  I figured I’d come back to it.  And then we moved into a new studio space, and it got bagged and boxed up.  And then I moved out of that space and into our finished basement, which allows me a bigger studio space, and the bag and the box moved along with me.  The jacket was in a sliding drawer labeled “WIPs” and stayed there for a long, long time. 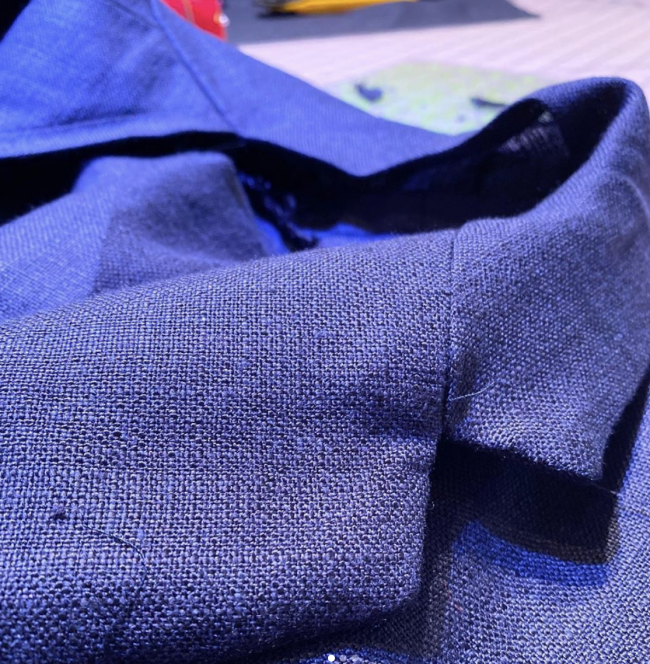 And then Valentine’s Day was coming up.  I thought, what would be meaningful to give my husband?  What would he WANT?  And I remembered the jacket.

This is starting to sound like a children’s book a little, but I swear this is how it all happened.

I remembered the jacket, and I thought: THIS would make him feel good, to finish this project which he has assuredly mentioned once per year since it was put away, tucked into a plastic zippy bag along with my Feelings.  I will make this jacket.

And I did make it, I worked on it up until Valentine’s Day, and I gave him the incomplete jacket, saying that a work in progress is a beautiful thing: 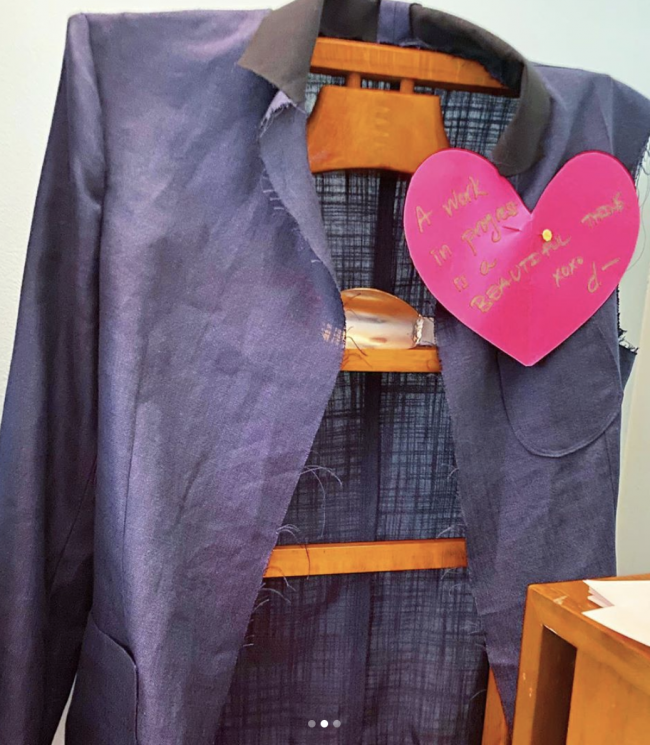 We did another fitting.  He pronounced it good.  I knew it wasn’t perfect.  I still wanted him to WANT it, to feel good about wearing it, but I’d taken myself out of the equation a little more than I could do six years ago, I’d asked my ego to maybe step aside on this one, and think about the act of sewing as a loving gesture that’s given with an open hand, and without concern for how it makes me look–like, maybe the product I’m producing isn’t about whether I myself am good, maybe we can learn to just make the gesture be good, and if the project needs refining, it’s not about my worth.

No good gift is given when we are pursuing our own needs, I think.  The best gifts are given with deep altruism, from a desire to show love to another human without expectation of return.

I got all the way to the final step: hemming the sleeves. And I was trying to get them to lie flat so I could pin the hem in place where it bags a bit at the wrist, and man, it just didn’t want to play. I was feeling frustrated, when I realized that the facings where the lapels turned back to the interior and partially line the jacket were all….lumpy.

There’s just no other word for it.

And the diagnosis I came up with was that the facings, when they were stitched BY HAND to the lining at the armhole, didn’t fit properly and are misaligned. So here’s this selfless act of love that I’m making as I slog my way through lessons about my own ego and how it tells me (false) stories about the source of my self-worth, and THE DARN THING DOESN’T WORK.

Here’s the funny part: I don’t really mind all that much. I ripped out those stitches by hand during a socially distant coffee date the other morning, and it was…FUN. It felt like a REAL gift to UN-do all the work I’d done, and go back and do it BETTER, as a statement about the care and effort I’m willing to expend for the people who matter to me.

Somehow, after gestating in that plastic zippy bag for more than half a decade, this jacket has morphed from being a finger pointing at me telling me how I’ve failed, to being a treasure that I’m delighted to complete to the best of my ability–still imperfect, but that’s not ME who’s imperfect, it’s me who’s doing what I can with what I have to show up as the best version of me for the people I care about.

TL; DR — The jacket still isn’t finished, and I’m growing as a human being.

Anthropology of Sewing II: Handmade and the Economy