If you sew, it’s no surprise to you that sewing is political.

It always has been.

Humans are political beings. We each of us feel our hearts beat faster and our chests expand when we see the world around us behave in ways that we find unacceptable, even unconscionable. We don’t all agree with one another, but we all FEEL.

That’s where the stitches come from: the part of us, on the inside, that reacts and responds, that feels deeply and connects profoundly, that reflects our most deeply held truths.

Sewing is the rare tactile art form that is meant to be touched, caressed, embraced, worn, loved, laundered, kissed over and kissed under, and passed along by hand. It is tangible and intimate, and it thrives most when shared.

So how can something like sewing, which is so personal, NOT intersect with politics, which are SO PERSONAL?

The act of making IS a statement, a way of using the everyday to speak about the impact every day makes on the future.  Diana Weymar is collecting 2,020 hand-embroidered Trump quotes prior to the November elections; sewing blogs worldwide reflect the desire of stitchers to connect what they make with what they believe; poets and novelists and madwomen have all used sewing as a way to communicate injustice and outrage throughout history. As one stitcher put it, “It’s like the silent resisters. You don’t have to have a bombastic feed on Twitter. You can just pick up a needle and have a powerful statement.” link

Two years ago, our family visited the Legacy Museum at the National Memorial for Peace and Justice in Montgomery, sponsored by EJI.  It’s a tiny museum, about the same square footage as the average American suburban home.  Around the last corner of the displays, there is a wall with an enormous image of the Thirteenth Amendment to the United States Constitution.  It states that slavery is illegal in the US…except in the case of convicted criminals.

This was the first time in my life that I’d maybe even read that constitutional amendment.  It was certainly the first time I had really digested what it made plain: that men in power, faced with the loss of a labor force that made their economic system viable, had intentionally and deliberately created a new system by which they were incentivized to criminalize Black men and women in order to exploit them for free labor.

I was nauseated.  I felt as though I’d been punched in the gut.  It was a tragic moment of realization that I had been carried along by a system that was grossly immoral AND WAS MADE THAT WAY ON PURPOSE.  There is no denying that the Thirteenth Amendment was crafted as it was through forethought and debate, with the very clear intent of doing exactly what it did: filling American prisons with Black citizens to make white business and land owners wealthy.

We left after that visit and my view of racism in America was permanently changed.  I began to see just how many subtle and intricate pathways have been built that perpetuate the underpinning of that amendment, from fear of Black men to “three strikes” laws and beyond.

I could make excuses and say that I was processing; it would be true.  I could justify my inaction because I was overwhelmed with the scale of the problem; that would be true, too.  But the greatest revelation I have had in recent weeks is that I DID NOTHING BECAUSE THE SYSTEM BENEFITS ME.  All of us who have grown up white in the United States have been the beneficiaries of privilege because the men who wrote that amendment set it up that way–at the expense of our Black neighbors.

Less than five miles from where I sit, there is a demonstration taking place. A thunderstorm is threatening, and still there are neighbors from my own city who are stretched in the grass, on quilts somebody’s mother made by hand (to quote another political artist), lying down in protest because their hearts beat faster and their chests expand from the truth that the murder of George Floyd wasn’t an isolated incident, that yet another one of our Black neighbors has been shot and killed, and that for all our good intentions, we are ALL COMPLICIT.

Every time someone has made a counter-argument to the Black Lives Matter movement, or has made a statement challenging the death of George Floyd, or implied that systemic racism is “history,” I come back to the Thirteenth Amendment. We are not imagining it. It is still part of our nation’s fabric, in writing, and invisibly guiding our culture.

I have been in a position, through no merit of my own, that if the lives of the Black population in my city were at risk, I could shake my head and feel sorrow, and then go back to cooking supper or constructing a quilt.  My compassion was real, but no action was required from me.  I have done nothing BECAUSE MY LIFE MOVED FORWARD EVEN IF I REMAINED SILENT.

I want to be better than that.  I want to be a better neighbor, a better human, a person who doesn’t just feel shame but who actively seeks to DO MORE and to MAKE IT RIGHT.

I sincerely believe that sewing is a place where we can make a unique impact.  Sewing IS political.  It offers a means of making a statement that can be shared and repeated, and a way to reflect and review so that when we return to the fight, we are strengthened, because “with stitch you need to put in such concentration that the rest of your body and your mind are allowed to heal.” link

I feel overwhelmed with how much there is to do in pursuit of racial justice, and how little I still understand about how to make a difference.  This is about more than a single life or an isolated death–this is about DISMANTLING A SYSTEM OF RACIAL DISPARITY THAT IS INVISIBLE TO THE PEOPLE WHO GET THE MOST OUT OF IT.  I know for sure that I don’t know enough now to lead that change, but I feel a sense of urgency to take action that is meaningful and that will call me into accountability, that makes an impact I can see today and sets me up to keep re-visiting my own questions and blindness and the disparity between my daily experience and what my Black neighbors are living.

I’m starting with an IMMEDIATE action: I’m donating money to organizations with a track record that I trust, where I know the funds will be used wisely and strategically.  I’ve chosen the Equal Justice Initiative and Southern Poverty Law Center, both based in my hometown of Montgomery, Alabama.  I’ve either visited or used resources from both these organizations, and I am convinced of their ethical mission to make lasting change in our communities through directly addressing the laws that have targeted Black citizens for decades.

That’s me personally, as Deborah.  I also feel deeply convicted that Whipstitch, as a company, represents a voice in the sewing & crafting community, and as such has a burden to carry the message of racial justice into that niche.  So Whipstitch will be matching Deborah’s personal contribution with a corporate one, dollar for dollar.  It’s important to me as a leader for my company, where I now have a virtual staff of five, to move forward in practical, tangible ways that show action in addition to emotion.  Whipstitch will also be matching any employee contributions, up to $500 per employee, to organizations dedicated to racial justice and equality.

I’m following that immediate action with ACCOUNTABILITY.  My goal is to create pathways that draw me and our sewing & quilting community into a more conscious awareness of how much we benefit from the contributions of Black makers.  I am starting with my series on Great Women of Sewing, focusing the next four installments on Black dressmakers.  (Ironic sidenote: three of those are names I had planned to feature already, since I like to profile prolific or impactful makers who have been unsung or overlooked, and it turns out many of those are Black–so there’s a little microcosm for you.)

My goal with the series, which includes a post celebrating Rosa Parks, whose seamstress skills uniquely positioned her to pursue the mission of civil rights, is to draw attention to the ways that Black makers have ALWAYS been at the foundation of sewing + design, and have often been disregarded, plagiarized, or dismissed as a result of their race–and still their work has made an indelible mark on our cultural landscape that benefits all of us.  If I am serious about changing the story we tell ourselves about race and culture in our nation, I must be serious about investigating the history of how credit for creative work, which can elevate an individual, is often re-routed to ennoble the white majority at the expense of talented Black makers.

These aren’t fun things to say.  They feel bad to read.  They’re also true.  And that’s not OK.  That’s not justice, and it isn’t love.

I know there must be more I can do.  I am endeavoring, with humility I hope, to start where I am, with what I have, rather than excusing inaction with the rationalization that I’ll do more when I know more.  I should have been speaking up more and shutting up less.  I am compelled to give up some of the complacency that my privilege has afforded me in exchange for living the mandate that love requires of me: to act justly, to love mercy, to walk humbly.

I thought I was before. I can see now that I am capable of and impelled to do more.  I’m sorry it has taken me this long.  Sewing has always been political, because our lives are sewn into those stitches, and the work of our hands comes from the overflow of our hearts.  I’m praying that my heart hears the message clearly, that there can be justice for Black lives in America, and that I can be part of building a world where every voice is heard.

Photo credits are linked to individual images. All images used under Creative Commons license and rights belong to their respective owners. 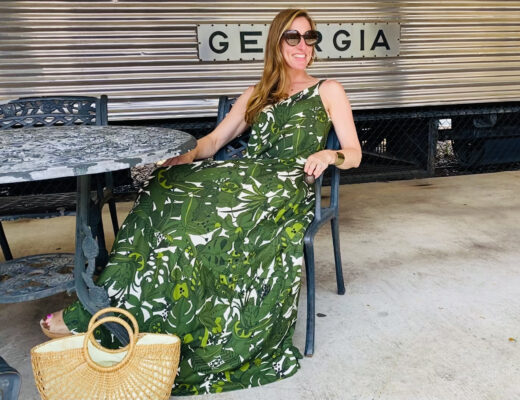