It’s voting day. Again. Or I should say, at last. 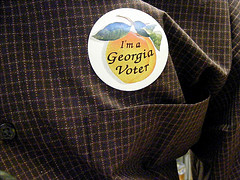 Does anyone else feel as though this has been the LONGEST election campaign in the history of this nation?  I am thrilled to have the privilege and luxury of voting, but man, I wish they would put limits on how long the campaign could be.  Like, they can spend whatever they like, but they only get four months to do it and then this thing is DONE.  I don’t think it much matters which candidate was Your Candidate–we’re all pretty exhausted from these many, many, many weeks of listening to speeches and debates and ads, ads, ads.

Schools are out in Georgia for election day–many of the schools are polling places, and it was deemed, about ten years ago, that it wasn’t safe to have anyone and everyone in the building while the children were in class.  So all the kids are home today.  Which would make you think that more of them would be down at the polls with their folks, but I saw exactly four when I was casting my ballot this morning.  Maybe more will go as the day progresses–the one thing I will say about this entire election cycle, as frustrating as it was to watch people spend the better part of the past eighteen months campaigning, is that people CARE this year.  Lots of folks lined up to vote early in the past couple weeks, lots of steady traffic at the polls this morning on the official day of the election, lots of folks who have an opinion and want to make their voice heard.  We can only hope that it all goes smoothly and that the results are clear–none of us will ever forget those hanging chads, or the video footage of the FedEx truck making its way down the interstate, contesting the election results.  Whether your candidate wins or loses today, let’s just hope that in the morning, we’ll have a clear answer, a single winner’s name spoken by the vox populi.

Tomorrow is my wedding anniversary.  My husband wanted to take me out to dinner, but we couldn’t get a reservation anywhere–we can only assume because so many folks are expecting to be out celebrating the results of the election.  So we’re having a nice dinner at a nice restaurant tonight, while everyone else is home watching the results roll in.  A peaceful dinner, where the ballots have been cast and the results will take care of themselves.

In the meantime, my ballot is safely inside its electronic box, and my children and I are snug in our warm home, grateful to have the chance to choose who leads us, and some say in where we go next as a nation and a culture.  I hope that wherever you are today, you grabbed that opportunity and made the most of it–every time I cast a vote, I very nearly cry from the excitement and emotion that goes along with the right and responsibility we are born into.  What an awesome way to begin this Thanksgiving season. 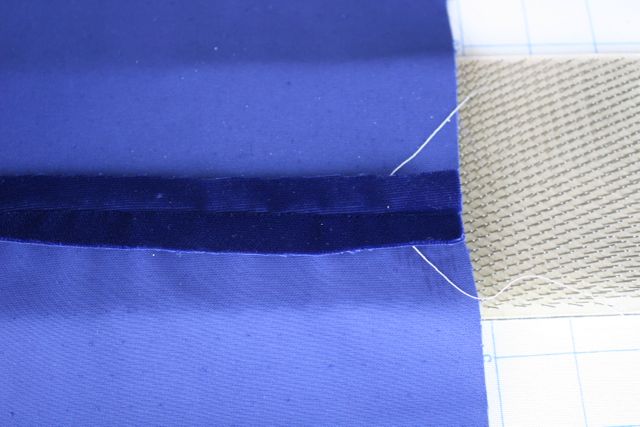 Tips for Working with Velvet