Why The Hunger Games was only OK

An Open Letter to Suzanne Collins.  BEWARE: spoliers abound after the jump, along with strong opinions.

Here’s the thing: I came a little late to this party, having only read your Hunger Games trilogy since March 1, when I downloaded all of them to my new Kindle.  So maybe I don’t get to have the strong opinion I now hold about the film version of the first book in that series.  Actually, I think no one is more surprised than I that I care as much as I do, but there it is, all the same.  Partly it’s because dystopian literature is my favorite sub-genre, but also it’s because I love the movies, and think that even a film based on a book ought to stand on its own, without needing to be propped up by the novel’s pages.  And what’s bothering me is that the film version seems to have forgotten that your book had a message.  And YOU wrote the screenplay.  What’s up with that??

First of all, this is a movie populated by folks who eat.  Your lead, playing Katniss Everdeen, is nowhere near having missed any meals. She’s basically “TV fat.”  Which isn’t actually fat, it’s the kind that’s super skinny in real life but on camera makes her look round on all her edges.  I mean, there is some serious junk in that girl’s trunk.  But this is (supposed to be) a movie about people who have, quite literally, been starved into submission.  They have been so removed from the luxury of knowing where their next meal is coming from that they have no thought beyond their own survival–certainly no desire to rebel or overthrow the goverment.  Even when, each year, their children are ripped from their arms and sent to an arena to die brutal, senseless, bloody, violent deaths for no clear purpose beyond sadistic control and the vile pleasure of those in power, they have no thought of resistance, only of survival.

Why, then, when we enter director Gary Ross’ vision of this world, do we NEVER see or hear discussion of food?  We see Katniss leave to hunt the day of the Reaping, but she tells her sister, “I just have to go.”  Why not tell her that if she doesn’t hunt, they don’t eat?  Would that have taken more time in your screenplay?  I think not, and yet the depth it may have added to the viewer’s experience is immeasurable, because it allows us to know these characters and understand why they think and behave as they do.  Katniss doesn’t want to be a revolutionary, she wants her family to survive.  We never know that her sister is the “one person in this world [she] can be sure she really loves,” but wouldn’t knowing that she has single-handedly been feeding her sister for over four years give us more reason to understand why she is so willing to die for her?

When they all arrive at The Capitol, no one mentions how much food is there, how much extravagance, how much waste.  We see Katniss and Peeta push back from the table, saying they aren’t hungry.  Pardon me, Suzanne, but BFD.  Why, had I not read the book, would I CARE??  I have no idea that these two have been fighting hunger their WHOLE LIVES, and that it would take a cataclysm of earth-shaking proportions for them to voluntarily miss a meal.  For crying out loud, lady, this book is called THE HUNGER GAMES, and ain’t nobody talking about being hungry!  Even in the arena, everyone seems to have plenty to eat–and when Katniss blows up the food, who cares??  We don’t know why that matters, so it’s just a pretty explosion and not a major plot point (as it ought to be).  Dropped.  Ball.

Second, the lack of real relationships in this film is snooze-inducing, I gotta be honest.  My husband, who went with me to the screening, had a really hard time thinking that the dramatic climax of the film was that big a deal, because we never got a chance to care about these people at all.  What?  Berries? And two winners?  But two winners we don’t care about, don’t want to know more about, aren’t rooting for, and don’t really believe care about one another.  Now, some of that I blame on the acting–which is a direct result of the direction, because these poor actors were likely doing the best they could with what they had, which was little enough.  But I think the bulk of the responsibility lies squarely on the shoulders of the screenwriters, who didn’t take multitudinous opportunities to give these people the words that would reveal who they are and why they are who they are to a substantial enough degree that we really give a rat’s behind what happens to them in the two hours and twenty-two minutes they’re on the screen.

Let’s start with Peeta and Katniss.  Draaaaagggging out their backstory made me want to weep.  For real?  Just TELL US already.  It gives us more on Katniss–how she is unable to trust anyone, how the loss of her father nearly destroyed her family, and but for the kindness of Peeta, she would have died in that rain storm.  It gives us more on Peeta–how his generosity is the core of him, how his desire to help Katniss forms every action of his.  And what was UP with undermining their relationship??  I mean, bad enough we don’t get the whole bread story until hour two, but to have her snatch her hand away in the chariot?  To NEVER know that her feelings for Peeta are constantly conflicted and ever-changing?  That she is a confused (and exceedingly realistic) sixteen-year-old who fears love and is terrified to trust, but who wants desperately to find someone in this world who is who he says he is and will offer the rudder to steady her?  We LOST all of that through that simple action of her refusing to hold his hand.  For real, why?  Give me something I can work with here.

And Haymitch.  Haymitch, Haymitch, Haymitch.  Let’s just get past the part where poor Woody Harrelson, of whom I expected and hoped for so much more, was wooden and lacking in even the most basic emotions.  We’ll blame Gary Ross for that one, again.  Let’s skip to the part where you, Suzanne, weren’t looking out for him.  Look, I know you had other screenwriters, and in my head, I picture meetings where they took you to task, and said, “But we can’t…” and “But we have to…” and told you that they knew better.  Maybe that’s how it went down, I hear you.  There were three of you, so it’s not all your fault, I know that.  But these people, they were born of your thoughts and ideas and heart, and you weren’t looking out for them!  Haymitch, when he was the age Katniss is now, was forced to kill or witness the killing of FORTY-SEVEN other children in order to win his Games.  And since then, for the past twenty-five years, he has watched two more children EVERY YEAR march to certain death, with nothing he can do about it.  Nothing.  And so: he drinks.  A lot.  Do we EVER know that from this film?  Is he anything other than a weak man who has weak needs and offers weak advice and then kinda sorta comes through with pithy notes toward the end??  He is empty.  But he is also Katniss’ father figure, and matters so greatly in the other two novels–have they forgotten all about foreshadowing in Hollywood?  Can you not build us a bond between the two that makes them make sense in their world, or must we make do with milque-toast people who have nothing to offer one another?

Finally, the art direction and cinematography.  Brilliant, absolutely brilliant.  I mean it–I loved them both.  I thought the look of the film was mesmerizing, and Gary Ross can’t be ALL bad, because the development he did ahead of time was really lovely.  The shaky-cam in the Districts becoming steady-cam in The Capitol, then back to shaky-cam for the arena: nicely done.  The look of the film, with the lushness of the forest outside the district paralleling the artificial lushness of The Capitol, which is rotten underneath.  The costuming of the citizens, all well done.  But the acting.  Oh, my.  I mean, poor Thresh.  Here’s a kid who wanted, WANTED to give us some emotion.  And he gets a crappy line where his best, most meaningful scene was ripped from him.  Katniss lies on the ground, Thresh kills Clove, but rather than turning to Katniss and hearing that she buried Rue–an unthinkable act in this world, in this arena, given the circumstances, beyond comprehension that someone would risk their own life to offer respect and condolence to a competitor and her people, something that stops him in his tracks and builds his character as well as the world as a whole–he spits out a dumb line WHILE WALKING AWAY that subtracts from the entire message of the film.

This is a book about humanity.  Katniss is the Mockingbird: something The Capitol never intended to exist.  She becomes that grudgingly, against her will, and is forced to overcome every barrier they have put in her way since before she was born: constant hunger, constant fear, an inability to trust, a fear of love.  The three books chronicle her struggle, and quite frankly, do such a good job of creating a character who is realistically sixteen and confused and vacillating and irritating that the first time I read the book, I thought, “This girl is a complete dumbass.”  Seriously, she was infuriating.  I wanted her to SEE.  But the book is like a grenade: it wasn’t until LATER that I understood more and could see more clearly, as could the character.

Where does that happen in this movie, Suzanne?  When do I care enough about these people that I WANT to know more?  There were so many chances for a word here, a line there, a gesture, that could have built the emotional content of this film into something much greater.  It wasn’t taken.  And I’m totally bummed by that.

So, my unsolicited advice: poor Gary Ross has got to go.  The movie was a good action romp, certainly watchable, but no classic because it had no heart.  Get someone to direct #2 who likes PEOPLE.  Because while the action sequences here were really awesome (I can’t believe I’m saying this, but the bloodbath ROCKED), the connection between the individuals was sorely lacking.  And in the end, all we have are the people we love.  Even if they’re occasionally fictional.

Just in Time for the Dads! Radio Interview and Gift Ideas 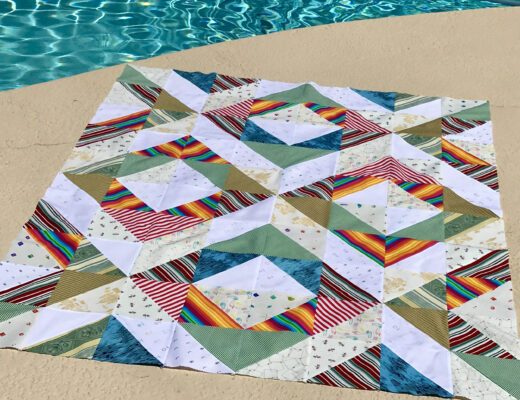