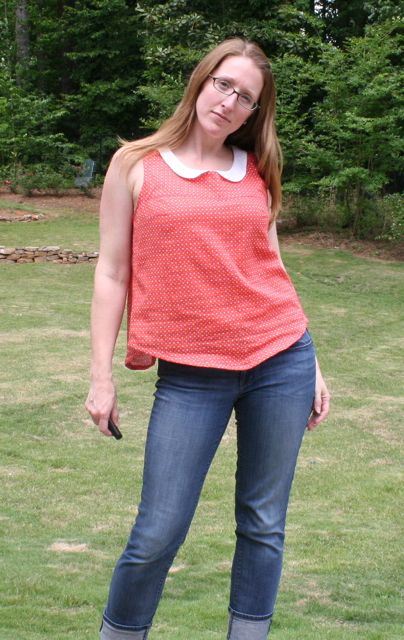 Before cutting in to my super amazing pink check silk charmeuse for a Datura blouse, I wanted to do a test run.  This is the result of that test, made in a cotton double gauze I’ve been hoarding for…oh, probably around five years now (or more). 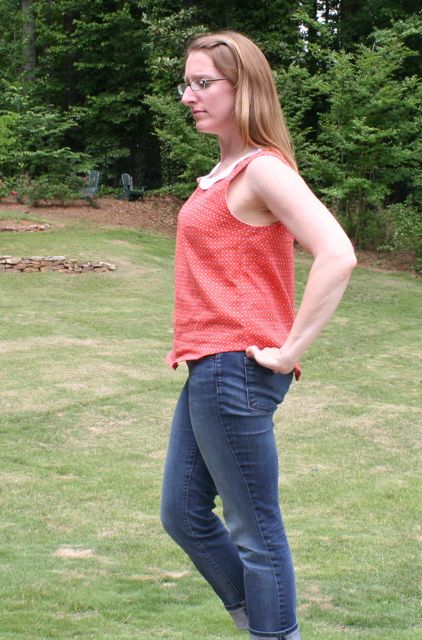 On the whole, I like this pattern a lot.  Let’s just start there.  I have a few reservations about this version, primarily based on what size I chose, but more about that in a minute.  This is a simple woven top with an above-bust seamline and darts in the shirt front below that seam.  It has neckline options–in this case, I chose the Peter Pan collar, but with the silk I’ll do the cut-out neckline included in the pattern.  The back has a self-placket for three buttons, below the yoke. 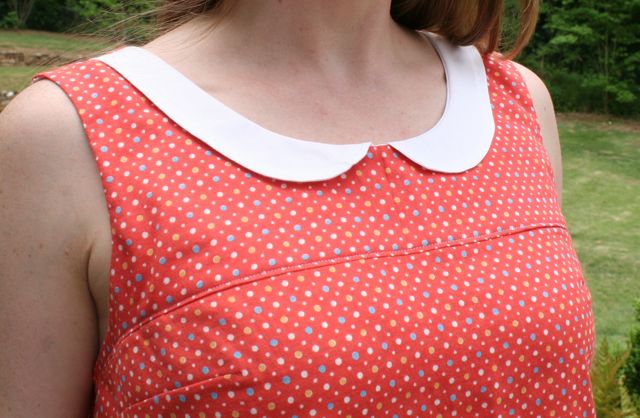 The construction for the sleeveless lined yoke surprised me a bit–they use an interesting technique for attaching the lining and yoke at the shoulders that I’ve seen before, but that I don’t generally use, primarily because I have my own preferred method that I’ve been doing for years, and we all have our habits.  Since I like to learn new things, and I hate to mess with a pattern too much before I really do a lap, I used their technique here, leading to a mildly squirrelly shoulder seam on the left.  The right turned out a lot better, but I think on the whole I still prefer my usual way of building the lining into the bodice.  The collar, for whatever reason, is spaced a bit too far apart, but not so much that it bothers me. 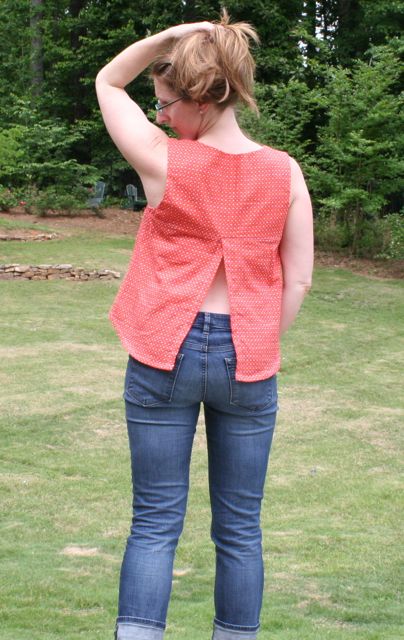 I have not added the buttons to the back of the shirt, so I want to fully disclose that before I move on to my reasoning for why I think I need to size down.  I recognize that adding the buttons will bring in the top a bit at the sides, below the yoke, and that some of my feeling that there is too much volume here would be allayed by that, but I don’t think it would entirely solve the issue. 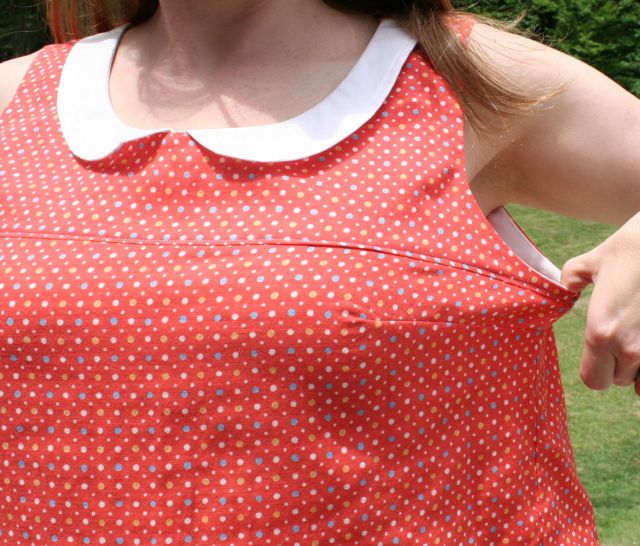 I chose my size using my upper bust measurement, and I believe that this design is meant to have a fair amount of ease, but I still think this top, overall, is looser than I want it to be.  I have an awful lot of room under the arms, and the neckline is more open than I want–not too low, just lots of space between my breastbone and the collar.  What flummoxes me a tiny bit is that I think the placement of the darts is good, so I hate to lose that by sizing down. 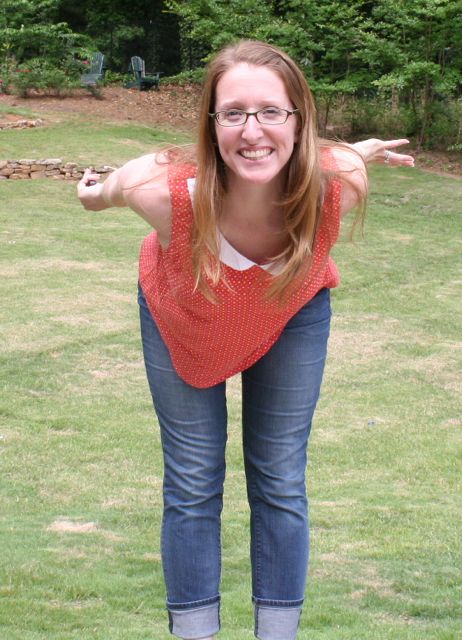 See how the collar swings away from my breastbone when I lean forward?  That just won’t do for me. 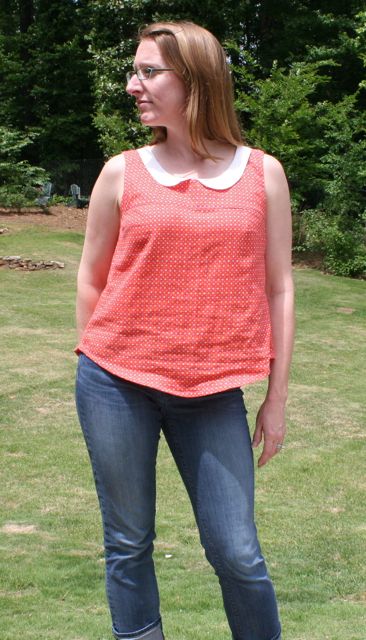 I think this is a very serviceable version, and I can certainly wear it casually, but I want my silk top to be a showpiece that I wear for evenings out with my husband.  My plan is two-fold: I’ll start by adding the back buttons, and see how that makes a difference (I liked the idea of having a summery open back here, but that’s not going to fly with all the additional ease).  Then, I’ll trace off and sew up a size down, and compare the fit of the two.  From there, I should have a better idea of what size to sew for my silk–and then the magic will happen.  I just know it. 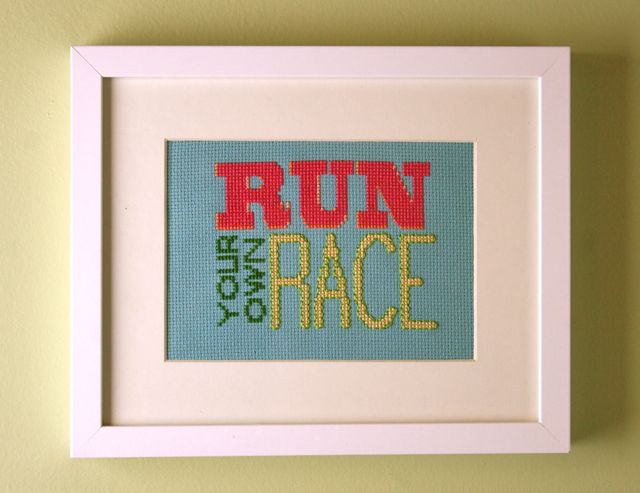 Hard-Won Tip of the Day: When to Install Buttons and Buttonholes