So, I make no secret of the fact that my Rowenta iron and I are veryveryclose.  I loooooove my iron, to a not-quite-unnatural degree.  I started with a yard sale purchase of a lower-end model, and after I had dropped that one on the floor enough times that it needed to be replaced, I upgraded to my current model.  We are besties.

Until.  Nothing that huge–it wasn’t as though she unfriended me on Facebook or something.  But she did begin to leak, just a smidge–like, the water pools around the base of the iron when it’s full (but not so much when it’s half full, which is weird).  And I am a steam addict, I don’t do me no sewing without some serious steam.  So, that was pretty uncool.  Like, your best friend flirting with the boy you like back when you were in seventh grade, uncool.  We’re still hanging out and stuff, but we don’t sit next to each other in Biology anymore.

It was time for me to find a new BEST friend.  A second best friend, if you will.  Enter Quilt Dad with his Panasonic cordless iron.  There was a $20 off code, and that’s all it took–I clicked through, grabbed me a new iron, and waited by the mailbox until it arrived.  And here it is! 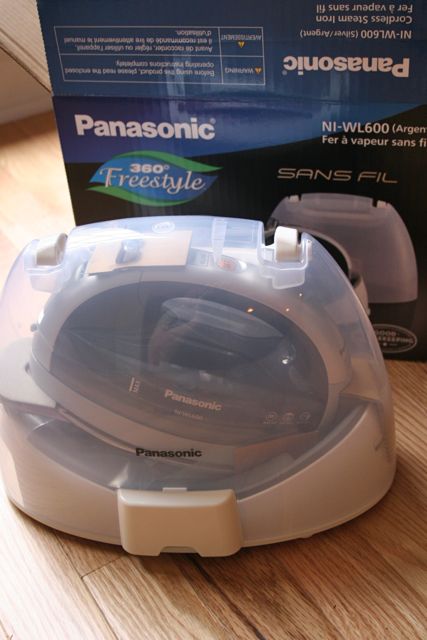 Comes in a cool traveling case, which will come in handy with the two retreats I have coming up.  Has a retractable cord.  Has this funky elliptical shape that means you can’t set it down on the ironing board but in theory makes it super useful. 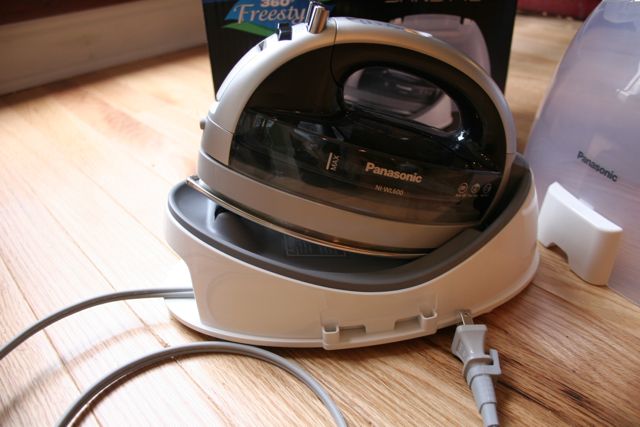 I gave it a test drive ironing the crib skirt for the baby’s crib that I have been looking for the past six months and only just found while unpacking a box of linens that I’d forgotten we had.  So, tough job. 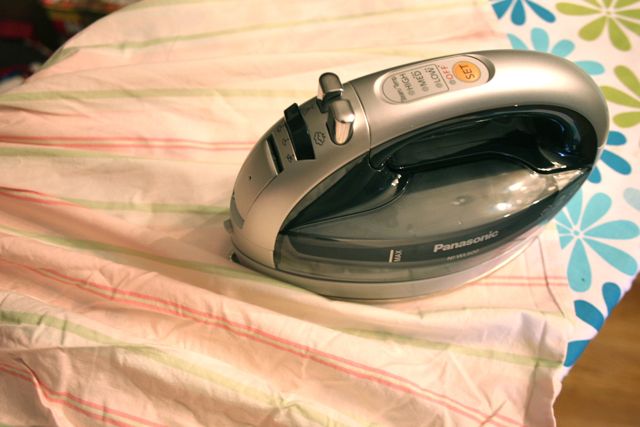 I don’t think this iron will ever really replace my Rowenta, at least not in my heart.  This one has good heft to it, but isn’t quit as weighty as my Rowenta, and seems to have less water capacity and slightly weaker steam function.  Rowenta will always be my VERY best friend.  But I’m excited about being lab partners with Panasonic here.

*Just FYI, I was able to successfully use the discount code well after its listed expiration date.  Do with that information what you like.

**FWIW, we carry three styles of Rowenta at the Whipstitch shop in Atlanta!

Why The Hunger Games was only OK