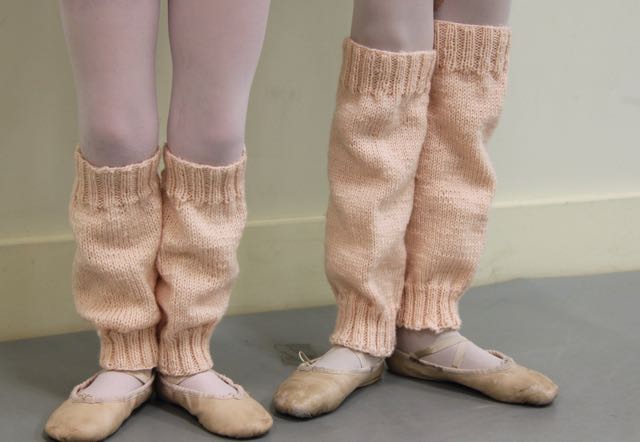 I finished my first sweater and cast on stitches for a second sweater.  I know!  Not only that, but this second one is TO GIVE AWAY. 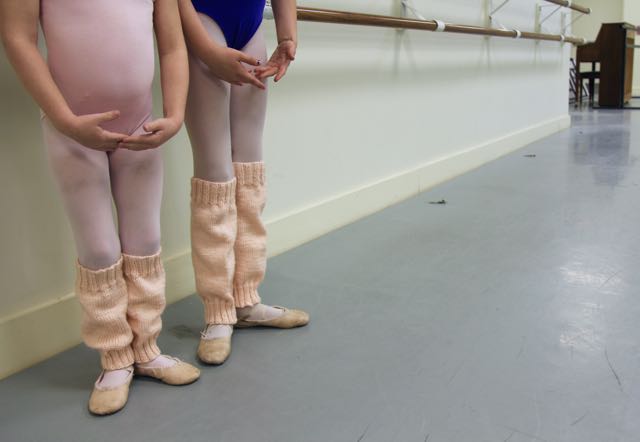 So the standard is a little higher.  I really, really want this second sweater to be gift-worthy.  When I made the Agnes Sweater, I flew to Pasadena and knitted most of the body along the way.  I was juuuuust about ready to knit the sleeves on the flight home, and didn’t know how to use double-point needles.  I asked Jaime of Fancy Tiger at a knitting-and-coffee session she hosted, and she said she NEVER uses double points since the learned the Magic Loop.

I already thought double-pointed knitting needles were pretty wackadoo, and now you tell me there’s a MAGICAL WAY TO DO IT, TOO?  Hellooooo, Hermione Granger!  SPEW!! 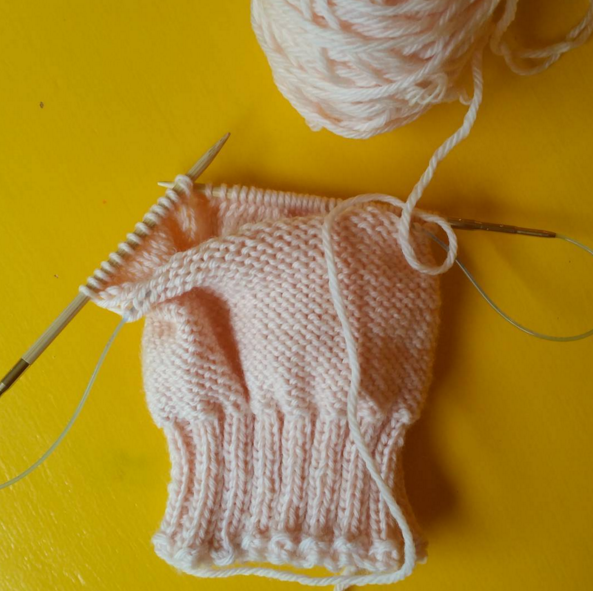 Jaime said Magic Loop Knitting is, like, way easier.  But I didn’t really want to learn it ON the gift sweater.  I wanted to practice it first.  So when I found this perfect shell/ballet pink wool, I knew I could kill two birds with two sticks, to invent a metaphor: learn (and master) the Magic Loop and simultaneously make my daughter leg warmers for her ballet class. 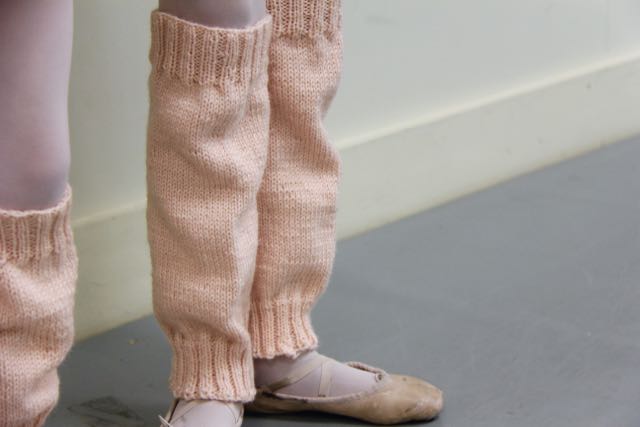 I made the pair for my elder ballerina first, but when you have two young girls taking ballet at the same time, you’re pretty well assured you’ll be making TWO pair of leg warmers.  Which was fine, because I mis-read the pattern and bought double the wool, thinking that the instructions were for only one warmer, when of course they were for two.  D’oh!

These knitted up like a DREAM.  I used this pattern, cast on March 25, finished pair one on March 31 and pair two on April 5–so, somewhere around a week per pair, knitting just while they were in their ballet class and for about an hour in the evening when everyone was reading quietly or over the weekends when they were outside in the sunshine (I recognize how that sentence sounds, like we’re living in some bizarre modern Jane Austen happy unicorn fantasy, but that’s really how it happened–I am merely reporting facts here, people). 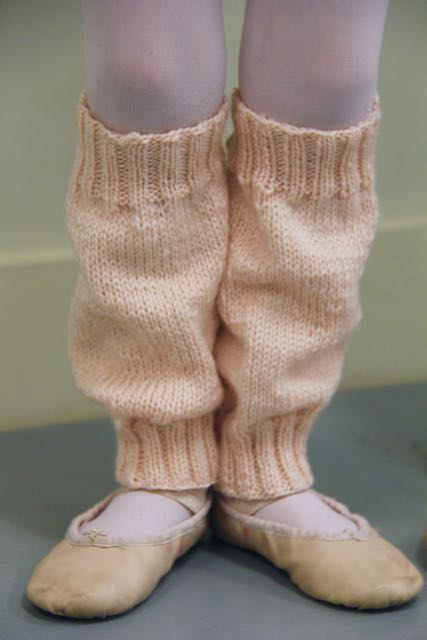 The Magic Loop part I picked up from this video, which was excellent.  I kinda played around trying to work it out on my own, but just couldn’t quite make sense of where all the pieces fit–but the video made it super clear, and I felt like I got back up to my usual knitting speed using the loop pretty quickly.  I like that using the circular needle, I didn’t get funny divots in my tube of fabric as I was knitting it, which I got with double-pointed needles on my Agnes sweater, and which I really did not like–the whole sleeve looked like a stretched-out triangle, and I was not a fan.

Our girls were so, so, so excited to get these and to wear them.  When the older of the two asked what I was making and I told her they were leg warmers and let her try one on, my husband LOLed and thought I was joking, that it was really a sweater sleeve.  When the younger asked and I told her, she immediately asked if she could wear them over leggings with her dresses, and if I’d make her a striped pair next.  She’s channeling the 80s, clearly.  They both looked like little ballet princesses wearing these in their classes, and their instructors just about melted on the floor to see our sweet girls in wooly ballet pink.

I’ve gone back to the sweater for which I was practicing, and am just about to cast off the second sleeve.  From there, it’s just ribbing and BUTTONHOLES, and then I’m a second-sweater knitter!!

Giveaway at The Long Thread