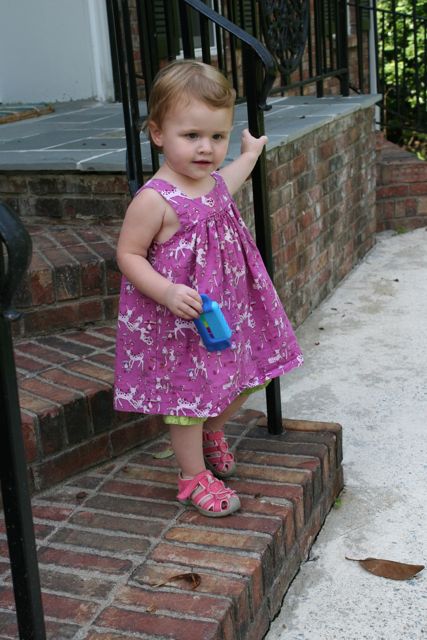 We’ve lived in this new house for about five months now, and are still finding boxes to unpack.  My husband and I were superstars a couple weekends ago and completely cleaned out and organized the things that were more-or-less dumped in the garage when we moved in (and had sat there ever since).  Naturally, that necessitated bringing some boxes inside and stacking them up “to take care of later.”  Where later = a mythical time that will never, ever come.

But!  I am woman!  And so, in an effort primarily to do something nice for my husband, I unpacked TWO–count ’em, TWO!–boxes the other day while he was taking the children to the library, God bless him.  One included photos in frames, meant to be hung on the walls of the hallway (which I did–pics to follow) and the other was clothing for our girls that I’d been saving.  I thought most of it was stuff I’d kept from our eldest to pass along to our five-year-old, but there was a whole mess in there that had belonged to the five-year-old that I had apparently saved for the baby.

And now look at her: 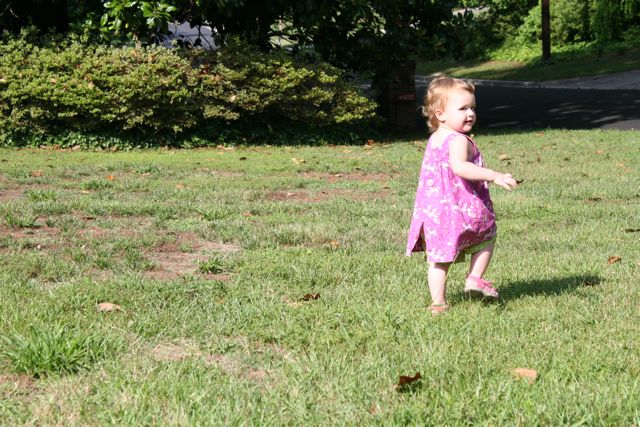 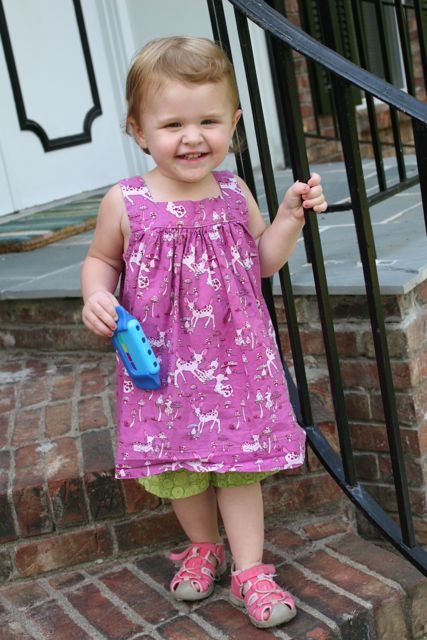 I made this ages and ages ago, back maybe even before I started selling fabric retail.  It’s the Pinafore pattern, along with a shorts version of the Perfect Pants pattern I teach in my Sewing Clothing for Kids e-course, and the prints from Jay McCarroll’s very first fabric line.  This must be a solid four+ years old. 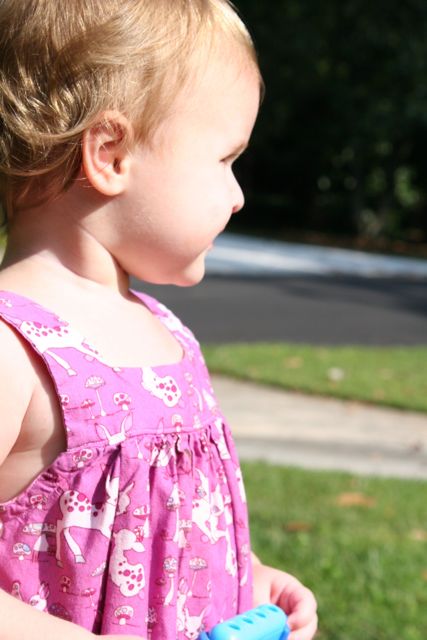 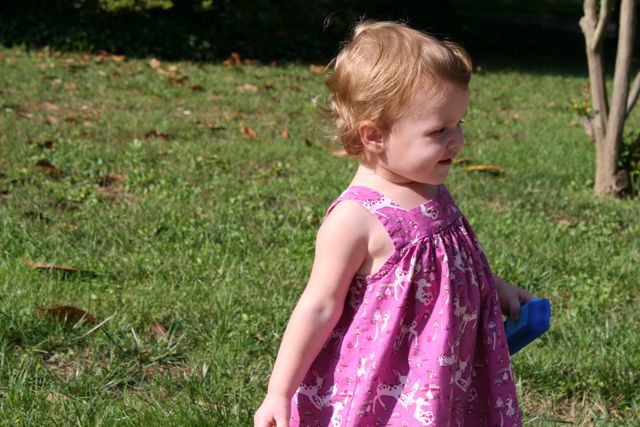 I love this feeling, that I’ve invested my time into something that will not only last, but that will surprise me with pleasure and satisfaction when I least expect it.  Today was the little one’s last day of school for the year (!!), and I wanted to dress her in something pretty for the photos at the end of the day.  I felt like the best mother in the world when I put this on her this morning.  And it’s not too bad this afternoon, either. 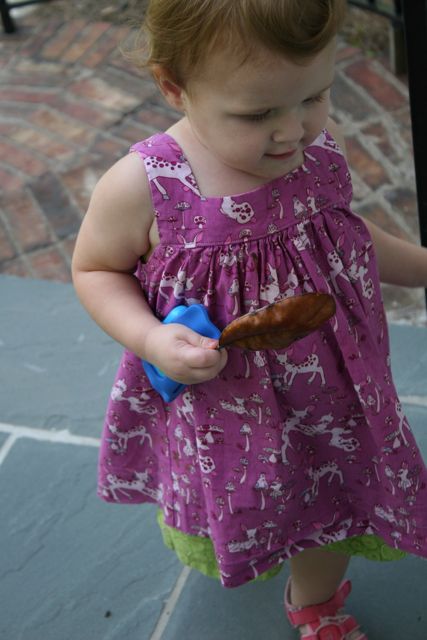 Hooray for handmade!  Have a happy weekend, everyone.

Last Chance to Find Your Sewing Buddy for 2017!

Holiday Hours In Our Atlanta Shop

Time to Study Up for a Sewing Quiz!