I will head over to TJ Maxx or Ross later today–our oldest has her very first high school pep rally on Friday, and she needs a shirt in team colors.  Since it’s her first year at a new school, we don’t own a single thing in this entire house that is the exact right shade, so I’ll be hunting through the options on the discount rack at my favorite discount retailers (because that’s SO totally how I roll) to find something that’s (1) the right color and (2) not slutty.  For a junior in high school, that’s a tough combination.  Her after-school practices are already running so late that there isn’t time between now and then for a mother-daughter shopping date, so Mommy’s going to take one for the team–literally.

Wondering what all that has to do with sewing plaid fabrics?  Give it a minute–I’m getting there.  While I’m shopping my off-brand retail stores, I’m sure to see some fabulous in-season garments by big(gish)-name designers that don’t seem to have any business being marked down 70% (even in this economic climate).  And I would wonder, “Hmmm.  What’s wrong with it, I wonder?”  That’s how I like to wonder, mostly: as obviously as possible.  And preferably aloud.

A large proportion of the time, those garments have some small construction error that means they didn’t meet inspection standards for the brand.  Like, know how you’ll find that tag that reads, “Inspected by #8”?  These didn’t get her stamp of approval.  (For my favorite version of this ever, check out the Monk episode “Mr. Monk Goes to a Fashion Show.”, which I will now totally be watching in the background while I type this.)  Many of those garments have tags on them that read “Irregular.”  That’s frequently for little mistakes, like that the plaids don’t match at the seams.  (See how we came back around there?) 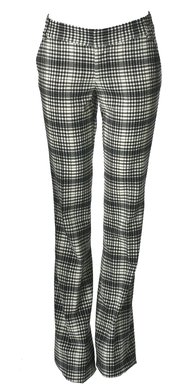 Matching plaid fabrics takes a little more yardage, in order to ensure that there is enough room to manipulate the pattern pieces so they fall on the fabric’s repeat just right.  The mark of higher-end garments has always been that the plaids match well, and the mark of knock-offs is frequently that their plaids don’t match at the seamlines.  If you’re making your own clothing, do you really want to put in all that time and effort cutting and pinning and sewing and fitting just to have it look like a cheap knock-off when you’re done?  No, dear.  No, you don’t.  Trust me.

Cutting Your Pattern Pieces to Match Plaids Across a Garment 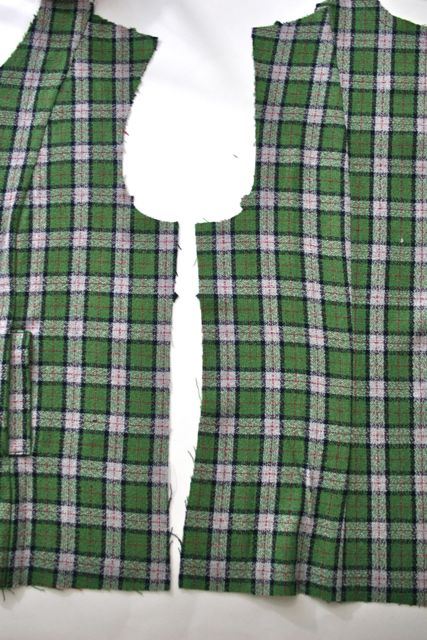 As you’re constructing a garment, taking the time to line up the repeat in the print or weave of the fabric makes a massive impact on the finished product–even if you can’t always tell how big a deal it’s going to be.  For example, on the (in-progress Lisette) jacket above, were the elements of the plaid–the whiter stripes with the red checks that run horizontally and vertically–to fall so they don’t create a continuous pattern across the garment, it breaks up the lines of the jacket and makes it look…off.  Sometimes you won’t even be able to put your finger on just what’s wrong, but you’ll know something is.  And it’s pretty easy to fix in advance, if you’re paying attention. 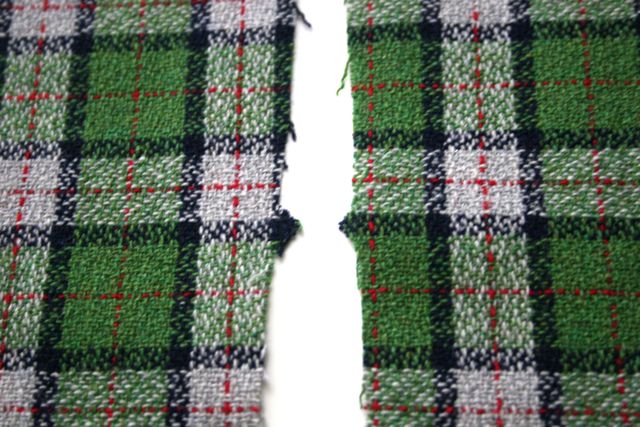 The important part to point out is that this all takes place at the CUTTING stage–if you don’t cut well, all the manipulating at the sewing machine and ripping out seams later won’t make a difference at all.  The secret weapon is the notches.  See them, up there?  And you thought they were just for matching pattern pieces to one another when you’re assembling the garment!  Oh, innocent seamstress!  Yes, that’s true, they are–but they’re also for matching up pattern designs and repeats as you cut.  The image above shows the side seam of the jacket front and back where they will meet–by placing the notches on the same element of the pattern repeat (in this case, the lower band of blackish-navy in the horizontal stripe), I’m able to ensure that as I sew, the design of the fabric will fall along the same repeated element across the entire jacket. 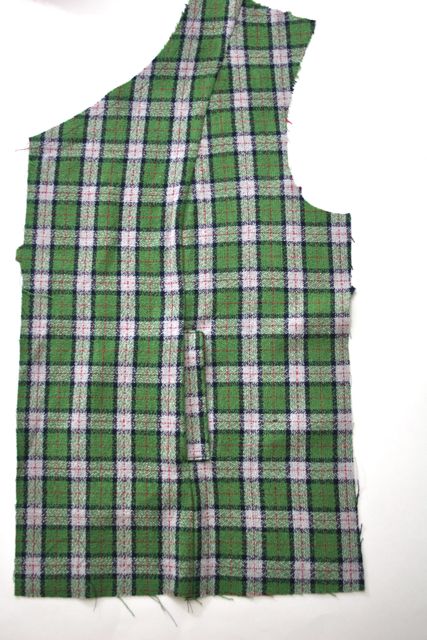 That way, once the seam is stitched, it all lines up nice and clean–creating the illusion that the fabric flows across the shape and lines of the garment, but allowing me to put in seams to shape the fabric to my body.  Take a look at the pocket welt, for example.  See how it doesn’t match the overall flow of the plaid?  That’s deliberate, because by interrupting the design at that seam, I call attention to the element of the welt at the pocket–but I don’t want that same kind of visual disruption on a seam line, where I’m working to create smoothness and flow. 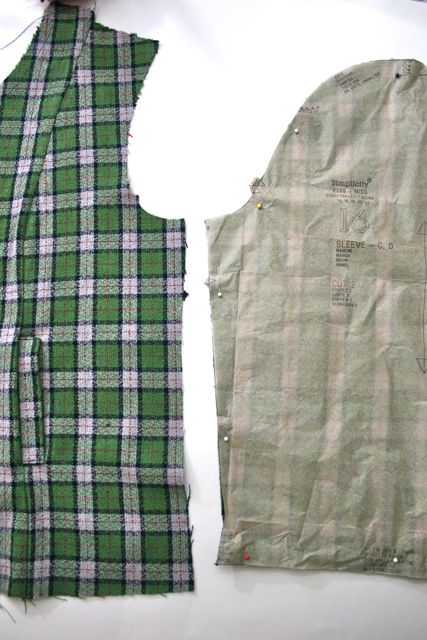 This doesn’t just work on side seams.  It can be used for sleeves, as well, where it create a more subtle but even more high-end effect.  See the notches on the side front and the front of the sleeve, and how they match the fabric’s repeat? 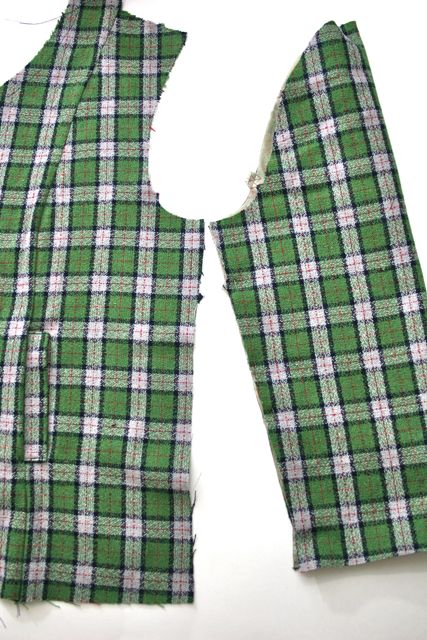 And now see how once the sleeve is inserted into the jacket, the pattern will flow across not just the body of the jacket, but each sleeve, as well?  It creates a much more unified look, and while the average person on the street won’t realize that what they’re seeing is a neatly engineered repeated design across your garment, you’ll see a 183% increase in compliments on your work, and a 251% increase in gasps of, “Did you make that??”* 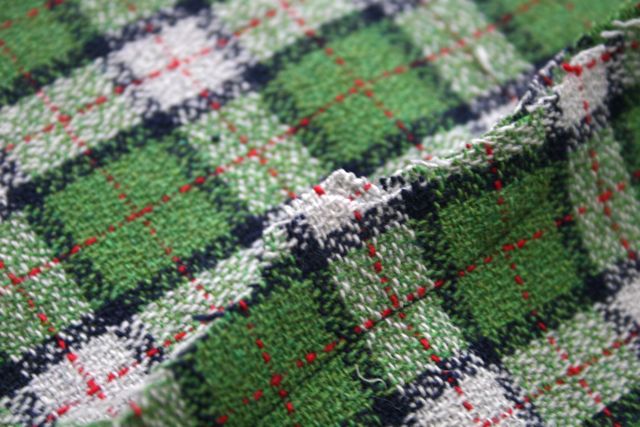 It’s a result that’s pretty easy to achieve: just locate the element you want to focus on as you cut, and place one notch on the first pattern piece in a spot that’s easy to duplicate–like the lower dark line here, or even centering the point of the notch on the red stripe, which is super specific.  Then, as you cut subsequent pattern pieces from your fabric, lay the correlating notches (the ones that will line up with one another as you assemble the garment later) on the same repeated element–it will be elsewhere on the fabric, but since it’s a repeat, you ought to be able to locate another spot that’s the same as the first spot, and….you see how this works.  (Incidentally, this can be applied not just to plaids but to larger-scale graphic or floral repeats, too.)  You’ll notice that I cut my notches OUT, rather than in–this makes it easier to pinpoint those bits of repeat and make certain I’m being accurate.  If, as you assemble the garment, you find your notches are off by a hair (less than 1/4″), like the image above, I think it’s OK to cheat a bit to preserve the overall integrity of the garment.  Just BTW. 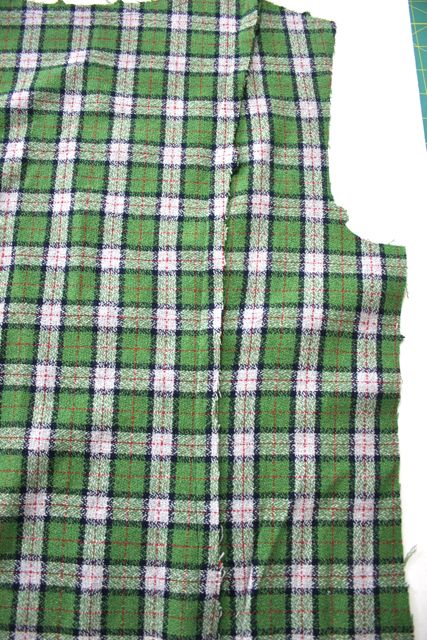 In the end, you ought to get a seam where the plaid simply continues across seams as though they aren’t there.  If you’re struggling with the fabric shifting as you sew–and many do, which is infuriating when you’ve spent all that time cutting super accurately–think about switching to your walking foot.  This was a revolution for me when I was first sewing plaid: by using the walking foot, you feed the fabric from both above and below, which helps keep the pattern repeat very nicely in line on both pieces of fabric. 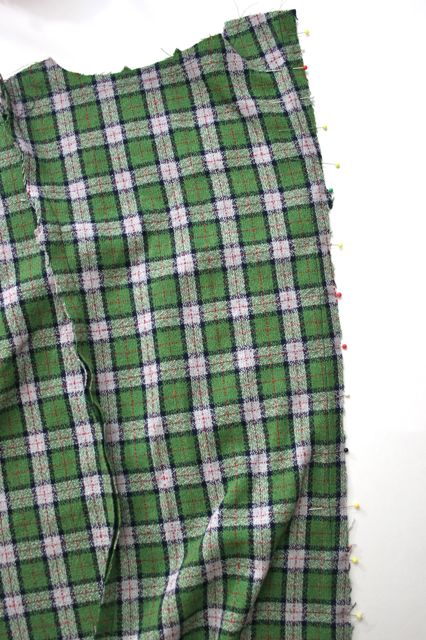 No walking foot?  Try LOTS of pins–placing one every repeated element in the edge to be stitched, but no more than 1″ apart (really).  This will help stabilize the seam and prevent the puckering and shifting you’ll often see when sewing with plaids.

I’m off to finish my super-cute jacket–hooray for plaid!

Happy Mother's Day: It's a Girl! 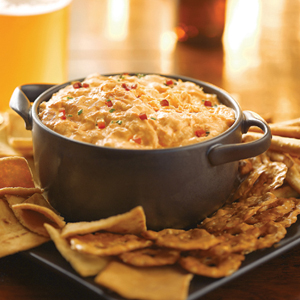