I fully stand behind every word I wrote about using multitudes of fabrics from various collections when sewing, to really revel in the color and the chaos, but having said that, today I’ve been working with this: 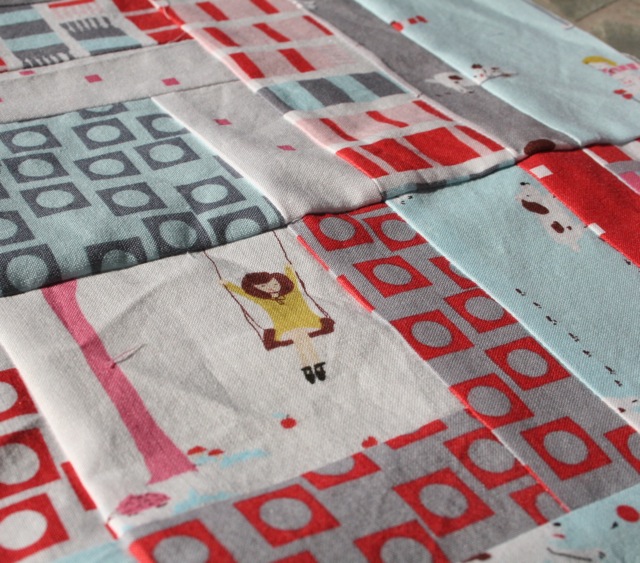 It’s the new Sherbet Pips line from Moda, due out in April.  I grabbed an advance bundle at Quilt Market and have loved the whimsy and the lightheartedess of the illustration.  I’m also totally nuts about red and pink color combinations right now, and I love that this line puts them together in a way that’s not too saccharine–I think it’s the pops of mustard and cloudy grey that offset the sweetness enough to make it less juvenile.  So for all that I harped about working outside of a single fabric collection, I’ve been using just this one for the day. 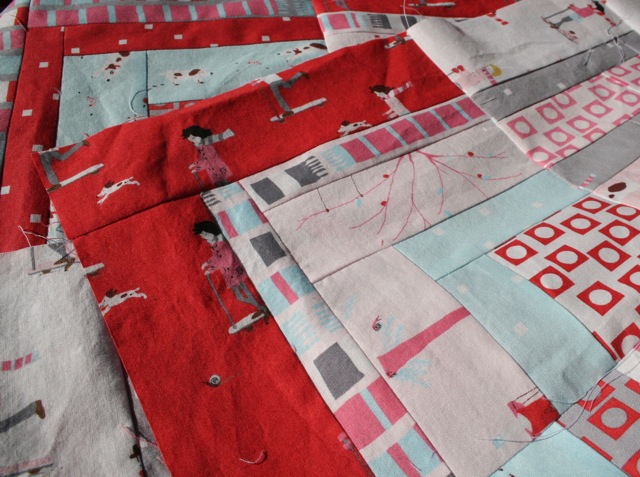 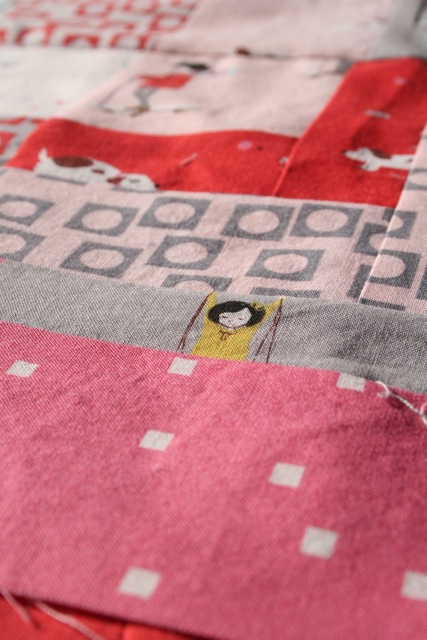 And I may have proved my point.

I began by working on a pattern of Ashley‘s: her bento box design. I love the vibrancy and the excitement that the mix of colors provides, and I was totally digging on the irregularities and surprise of the layout.  I figured it’d be a great choice for this collection, with its tight color palette, to let the patchwork design itself be the star.

I began by putting together the initial frames: 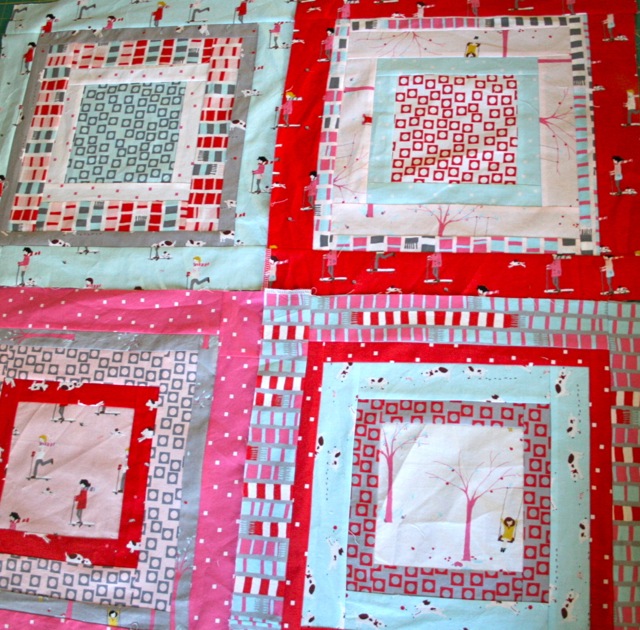 Cute, right?  I assumed, with a somewhat smug spoken-only-to-self attitude, that the bento combinations would be stronger, and was excited to see the difference when I laid these squares out again after quartering them and mixing up the design.  It turned out like this: 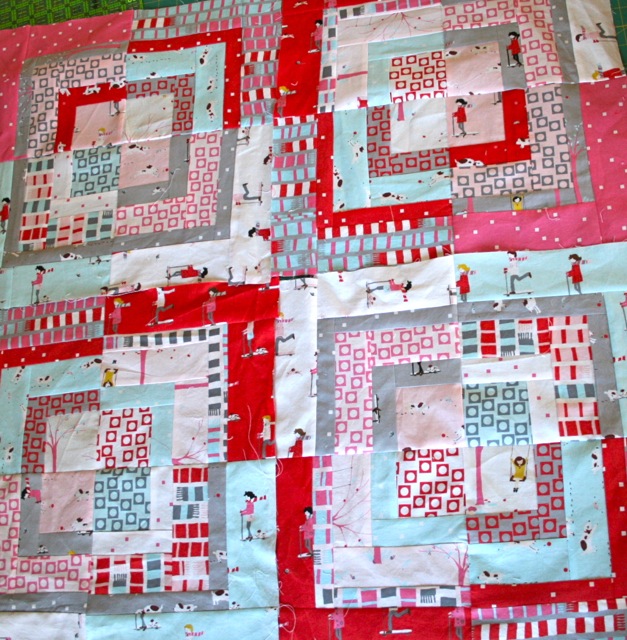 I don’t hate it but, somehow…meh.  It doesn’t move me.  I actually like the first version better, and think it does a stronger job of showcasing those central prints and framing them up.  I like the strong repetition of the few colors in this collection, and think that’s too broken up in the bento design.  At the very least, it’s nowhere near as strong as this, Ashley’s original: 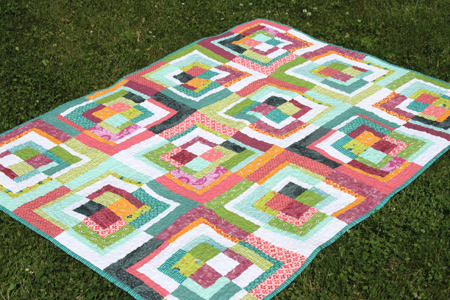 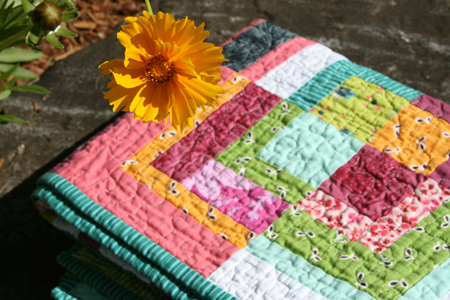 Somehow the chaos is more full-fledged in her color combinations, and despite the fact that I was very nearly totally random in my fabric selections–only editing when I was putting two pieces of the same color next to one another–the lack of variety really seems to take the spice out of this piece, and I don’t feel nearly so smug now as I did while I was working on it.

Just goes to show that I was right all along: any time you begin to suffer from hubris at the sewing machine, any time you start to think, “This is going really well–I am awesome, and will totally finish early!”, it’s time to STEP AWAY FROM THE MACHINE, because things are about to go really, really wrong.  No worries.  This was really just an experiment, not particularly a test of my desire to work outside of one collection exclusively, but a little R & D to play around with fabric and ideas.  It has given me permission to be really, really crazy next, and I’m pretty much completely looking forward to that.

Another Day, Another Baby Shower 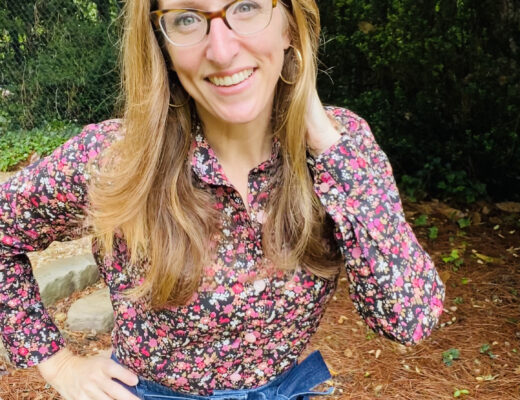