The Murder Mystery Quilt for 2023 is NOW OPEN for registration!!

Join us next year for The Murder Of The Viking and sew the quilt to solve the crime with the nicest quilters on the internet. We can’t wait to make this beautiful quilt with you, one block at a time, all year long! I have had the honor and genuine pleasure of hosting nearly 10,000 unique members in the Murder Mystery Quilt over the past seven years, and I want you to be part of the fun. This warm community has such a sense of humor and curiosity, they’re welcoming and friendly, generous and joyous. Sign up here and get ready for your best year ever.

Since 2015, the Murder Mystery Quilt has been the one-year membership club that invites you to Sew The Quilt To Solve The Crime. We’re a warm, friendly community of quilters at all levels who love sewing and stories! The MMQ has traveled the world with our fictional heroine, Kitty Campbell, from Jamestown to the Appalachian Trail to Egypt to Hawaii–and in 2023, we’re headed to Scandinavia!

Sew The Quilt To Solve The Crime: The Murder Mystery Quilt

The Murder Mystery Quilt is a monthly subscription club that reads along together and stitches up a quilt to find clues and solve the murder.   A mystery quilt, in the traditional sense, is a quilting project that invites you to sew a block at a time–but the overall design of the quilt isn’t revealed until all the blocks are sewn. Imagine putting a puzzle together without the box top, but with an all-knowing older sister guiding you as you put the pieces together.

The MURDER Mystery Quilt, though, is also a REAL MYSTERY: each month, along with the block pattern and design, you receive a chapter of an original, exclusive mystery story.  Each chapter reveals clues as the plot unfolds, and it’s your job to seek out whodunit! Additional clues to solve the mystery are hidden INSIDE the quilt design, so you get to SEW THE QUILT TO SOLVE THE CRIME.

The heroine of our story each year since 2016 is Kitty Campbell, Archaeobotanist. As an expert in the prehistoric relationships between humans and plants, Kitty knows about seeds, agriculture, pollen, and tree ring dating. That last one, also called dendrochronology, is what leads her to Copenhagen in our 2023 mystery: a Viking ship has been discovered underwater in the North Atlantic, between Norway and Denmark. Kitty is tasked with using tree ring dating to determine if this ship is one sailed back from North America by the Vikings–a discovery that could alter our understanding of who the Vikings were–while the two governments argue over who owns the find.

Kitty just wants to keep her head down and do her work, until the moment she spots a face from her past, someone who cannot and should not be in Denmark. When a body is discovered, Kitty knows it’s connected to the mysterious man, and to the violent death of her mother, years before. She is drawn into the mystery, which travels from Copenhagen to the Arctic North of Norway, and only her knowledge of plants and the darkest hearts of people will bring her out alive.

Our Quilt: A Viking Design

Each year, the design of our mystery quilt is different, and that’s part of the fun! For 2023, our Viking-inspired quilt will have a glorious color scheme inspired by the frozen fjords and lichen landscapes of Scandinavia, with deep jewel tones of green, ruby, grays, blues, and golds highlighted by warm neutrals that call to mind the wood of Viking ships. A SECONDARY design is formed when the quilt is folded, making this year’s quilt a puzzle inside a puzzle!

The twelve months each bring a new pattern to MMQ members, and in 2023 the blocks include traditional piecing techniques along with a small amount of applique and some (optional) foundation paper pieced elements. Borders are included in the design this year, which finishes at 72″ x 84″ and will be a treasure for years to come! Dozens of former MMQ members have entered their completed Murder Mystery Quilts in quilting competitions and won blue ribbons, which is a huge statement of their work and the supportive environment we work to build at the MMQ, where we encourage you to stay on track and FINISH your quilt, along with your Clue Crew.

Clue Crews are smaller groups within the Murder Mystery Quilt each year who get to know one another better through our private Facebook groups, where it’s possible to make new friends and ask questions in a warm, welcoming space. Our Clue Crews have become one of my very favorite parts about the MMQ! We have quarterly contests that get members to open up and share the fun details about their lives, like the pyramid-building contest the year we went to Egypt, where one member built her pyramid from hay bales on her farm, and photographed herself climbing to the top!

Clue Crews are also places where members’ real lives get shared with others who care and understand, like the year California’s wildfires took the homes of three members, so the Clue Crews got together and re-made their lost Murder Mystery Quilt tops of the same fabrics each member had chosen–and shipped them to those who had lost their homes. That incredible act of community and generosity would have been enough, but MMQers always go above and beyond, so members KEPT ON SEWING and donated over 100 full quilts to local California school kids who had lost their homes.

The members of the Murder Mystery Quilt truly are the nicest quilters on the internet, and I know they want to get to know you!

How To Quilt Is Included In Every Registration!

Something about the community of the MMQ and the Clue Crews reminds me of when my kids were in Montessori schools, where the classrooms were made up of a range of ages. The older kids took turns sharing their skills with the younger children, teaching them how to tackle a task or giving pointers, or even simply working alongside the new students as they tried something new.

Our MMQ members do the same thing, and I am intrigued and thrilled each year at how much I learn from the tips and ideas they share! For newer quilters, and for those who are more self-taught or have gaps in their quilting knowledge, I’ve also included the ENTIRE How To Quilt video series as part of every MMQ 2023 membership!

This 18 video series includes patterns for 12 quilt blocks to make a gorgeous sampler quilt, plus additional patterns for another 10 FULL quilts along the way, AND projects based around each quilt block design. The official launch of the 2023 Murder Mystery Quilt is January 11, 2023 and the How To Quilt series is such a fun way to get ready for it!

Part of the fun is guessing whodunit! Members of the Murder Mystery Quilt can earn BONUS CLUES each month by completing their block before the next pattern arrives. This helps keep you motivated so we all finish together! No more mystery quilt UFOs floating around.

Plus! By collecting bonus clues and reading the mystery along with other members, you can guess the killer. Every correct guess goes in the bucket for a prize drawing at the end of our year together! Prize baskets are HUGE and include fabric, notions, tools, treats, and goodies related to the setting of our mystery–many of which I traveled across the globe and chose for our winners with my very own hands. I LOVE sending prize packages internationally, and anyone can win!

Halloween 2022: registration is OPEN to the public!

November 2022: fabric requirements arrive via email to all members and Clue Crews are assigned

December 2022: watch your inbox for countdowns and updates, and make the Advent Calendar, an MMQ bonus exclusive!

January 11, 2023: the MMQ23 officially begins! the first block and chapter arrive in your inbox

Every second Wednesday in 2023: a new chapter and block will arrive, and bonus clues are sent out to members who completed the previous months’ block by the deadline

October 2023: the “guess” bucket opens so members can guess the name of the killer!

January 1, 2024: the final chapter of our mystery arrives via email

January 4, 2024: winners of our prize baskets are announced!

Come spend the year with the NICEST quilters on the internet, and Sew The Quilt To Solve The Crime with the Murder Mystery Quilt in 2023!! 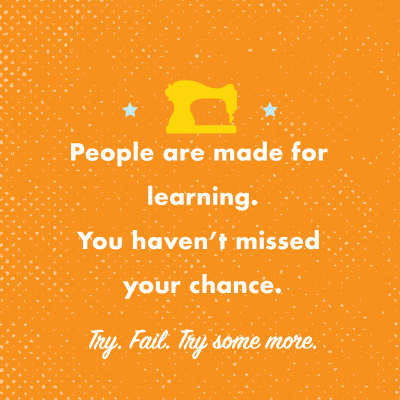